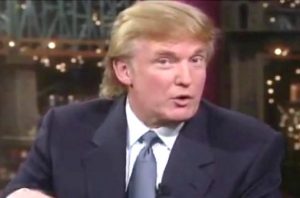 Five witnesses have come forward to corroborate that a People journalist told them she was sexually assaulted by Donald Trump in the immediate aftermath of the alleged incident.

Natasha Stoynoff came forward a week ago claiming that in 2005, Trump cornered her in a room and shoved his tongue down her throat despite her protests. She also claimed that the next day, Trump tracked her to her massage therapist’s office and waited for her.

On Tuesday, People published a second article containing the accounts of Stoynoff’s friends and co-workers. The night of the alleged assault, Stoynoff’s former journalism professor says he received a phone call from her in tears, asking his advice. “She wasn’t sure what she should do,” Paul McLaughlin says. “I advised her not to say anything, because I believed Trump would deny it and try to destroy her.”

The next day, Stoynoff called her longtime friend Marina Grasic. According to Grasic, she told the exact same story, including the part about Trump tracking her down the next day. “She ultimately decided to stay quiet but be taken off the Trump beat,” Grasic recalls.

People employees Liz McNeil, Mary Green, and Liza Hamm also all say that Stoynoff told them about the alleged incident in the immediate aftermath. “In an early conversation we had in her office, she told me about what happened with Donald Trump,” Green recounted. “She was shaky, sitting at her desk, relaying that, ‘He took me to this other room, and when we stepped inside, he pushed me against a wall and stuck his tongue down my throat. Melania was upstairs and could have walked in at any time.’”

In addition, a sixth witness confirmed a chance encounter between Melania Trump and Stoynoff that she wrote about in her piece. Melania has said defiantly that they never met again after the profile, but Stoynoff’s friend Liza Herz claims she was there when it happened. “They chatted in a friendly way,” Herz says, “and what struck me most was that Melania was carrying a child and wearing heels.”