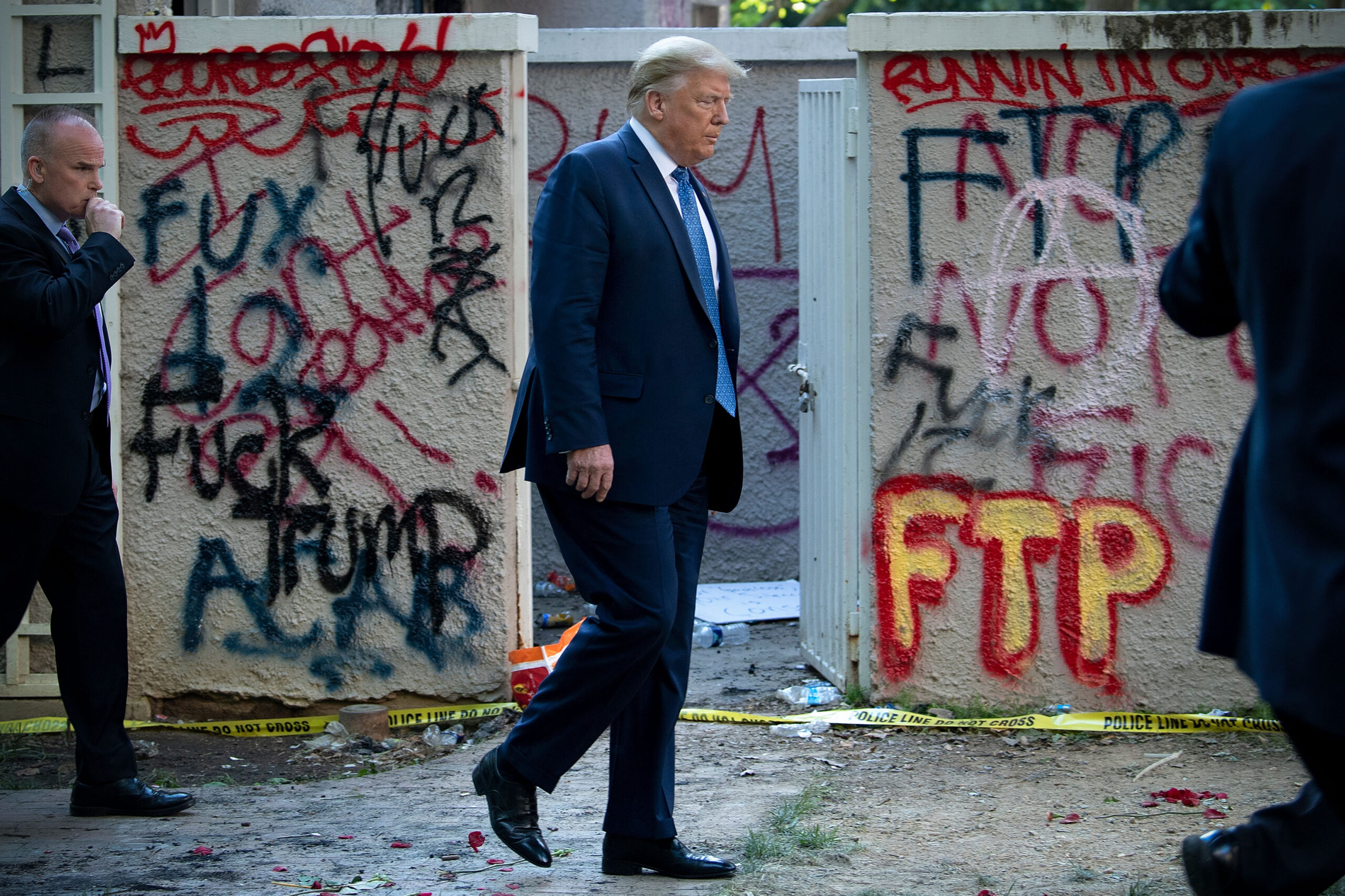 The New York Times revealed a detailed behind-the-scenes look at the hours before and after President Donald Trump addressed the nation Monday while a member of his administration cleaned out a protest for a photo op at a nearby church.

The story that features eight bylines [five writers, three videographers] entitled “A Walk Meant to Convey Grit Evokes Trump’s Dark Side Instead” says Trump’s stunt will likely be one of the “defining moments” of Trump’s presidency.

Their story comes a day after the Times was criticized for their Tuesday first edition headline, “As Chaos Spreads, Trump Vows to ‘End It Now'” Critics bashed the headline with one saying, “This is accurate yet profoundly not true.”

Monday for Trump started with a discussion the Insurrection Act, a law that would allow the president to send in military members to states without governor’s permission. Trump and Vice President Mike Pence wanted to enact the law, but others in the White House disagreed. This occurred before a leaked phone call with governors shows Trump calling them “weak” and “fools” Monday afternoon.

Trump planned to address the nation before announcing it around 6 p.m. EST. and members of his staff wanted him to open with condolences for the family of George Floyd, the Times reported. But after, Trump wanted to take a “strong stance in favor of reclaiming the streets.”

The photo op at St. John’s Episcopal Church was mostly Ivanka Trump‘s idea, two White House officials told the Times. For the photo, the Times writes, “He posed stern-faced, holding up a Bible that his daughter pulled out of her $1,540 Max Mara bag.” Attorney General Bill Barr was worried about nearby protests disrupting the photo, so he gave the order to clear out the peaceful protesters with tear gas and smoke bombs.

Trump’s speech where he would vow to “end the riots and lawlessness”  finished in seven minutes and he walked off the stage and to the clear streets. Trump would later tweet out this photo from a Times photographer Doug Mills of the moment:

.@realDonaldTrump walks from the White House to the Historic St. John’s Church that was damaged during a night of unrest. pic.twitter.com/TWUckesbnE

But not many around him knew what he was doing. Defense Secretary Mark Esper was unsure. Members of St. John’s had no clue and are still outraged. The Times reports Washington’s police chief said he was notified only moments beforehand.

Trump and his inner circle considered it a “triumph” while others, including some in the GOP, criticized his absence in addressing the nationwide protests. As the Times puts it, “what ensued was a burst of violence unlike any seen in the shadow of the White House in generations.”