Trump Working ‘Overtime’ to ‘Burn DeSantis Down’ Ahead of Potential 2024 Face-Off: Report 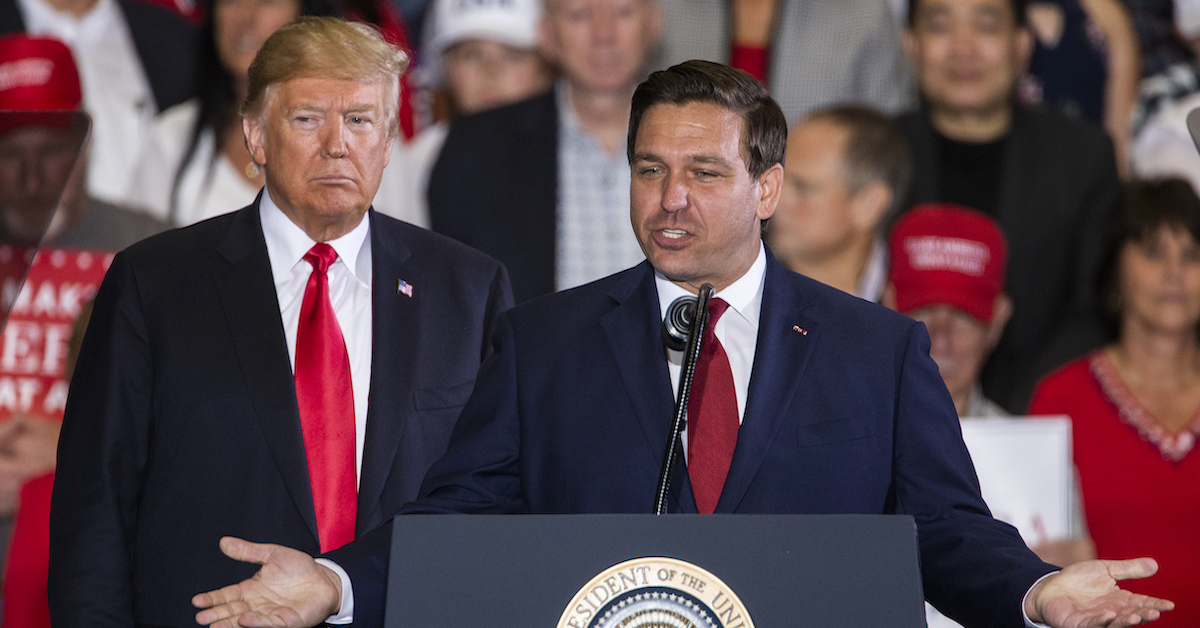 Donald Trump is working “overtime” to stop Florida Gov. Ron DeSantis (R) from potentially challenging him for the Republican presidential nomination in 2024, according to a new report.

An extensive profile of DeSantis published Monday in the New Yorker includes new comments from Trump on the Florida governor, as well as the claim from a consultant for Republicans that Trump has been reaching out to confidants about stopping DeSantis’ political rise.

Speaking to reporter Dexter Filkins, Trump took credit for DeSantis becoming governor of Florida, saying he would not have won without his endorsement. The former president also teased a 2024 decision once again, saying he’s “very close” to making a decision on whether to run.

According to an unnamed political consultant who has worked for multiple Republican candidates, however, Trump has been quietly having talks about ways to “burn” his fellow Republican down.

“Trump World is working overtime to find ways to burn DeSantis down. They really hate him,” the consultant said. The source, who knows both Trump and DeSantis, added that many are lining up to be involved in a DeSantis presidential campaign, though the governor has not officially said he’s running.

“Everyone is trying to get a piece of him,” the consultant said, further explaining a run is likely because DeSantis has been told he’s “Trump’s successor” for years.

“Ron has been told for four years that he’s Trump’s successor—that all the women want to sleep with him, and all the men want to be him,” the consultant said. “Ron has heard way too many times, ‘you’re next.'”

In a conservative straw poll taken earlier this month at the the Western Conservative Summit, DeSantis actually topped Trump in support for a 2024 run.

Asked about DeSantis potentially running in 2024, Trump said “it’s his prerogative,” but insisted he would beat him.