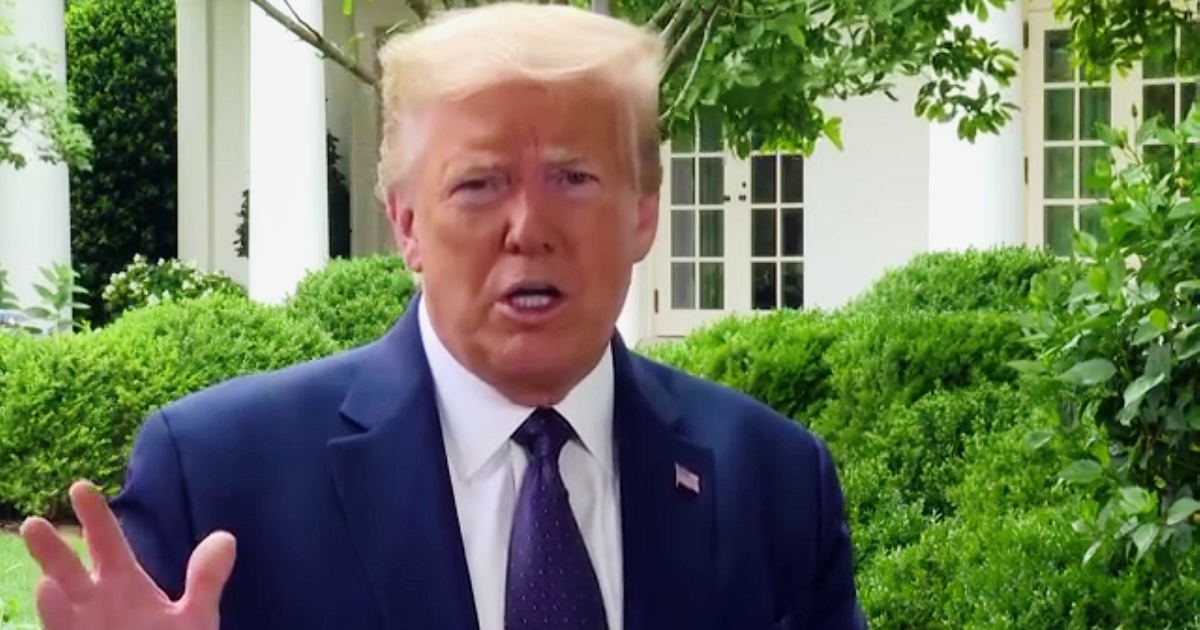 The Wall Street Journal Editorial Board ripped President Donald Trump in a scathing op-ed Thursday night for the president’s lack of a second-term plan and reverting to his “worst form” four months before the 2020 election against Joe Biden.

If he can’t ignore dipping polls, Trump should “understand that he is heading for a defeat,” the board wrote.

Its editorial board began by joking that Trump will soon to rename “Sleepy Joe” to “President Elect” because Trump is heading for a “historic repudiation that would take the Republican Senate down with him.” The Journal writes:

Lately he has all but given up even talking about the pandemic when he might offer realism and hope about the road ahead even as the country reopens. His default now is defensive self-congratulation.
The country also wants firm but empathetic leadership after the death of George Floyd, but Mr. Trump offers combative tweets that inflame. Not long ago Mr. Trump tweeted that a 75-year old man who was pushed by police in Buffalo might be an antifa activist. He offered no evidence.

Americans don’t like racial enmity and they want their President to reduce it. Mr. Trump has preached racial harmony on occasion, but he gives it all back with riffs that misjudge the national moment. His “law and order” message might resonate if disorder and rioting continue through the summer, but only if Mr. Trump is also talking about racial reconciliation and opportunity for all.

Mr. Trump has little time to recover. The President’s advisers say that he trailed Hillary Clinton by this much at this point in 2016, that they haven’t had a chance to define Mr. Biden, and that as the election nears voters will understand the binary choice. Perhaps. But in 2016 Mrs. Clinton was as unpopular as Mr. Trump, while Mr. Biden is not.

While the WSJ editorial board did criticize Biden for not campaigning much, it admitted that the former Vice President hasn’t needed to because of the hole Trump is digging himself: “He rarely leaves his Delaware basement, he dodges most issues, and his only real message is that he’s not Donald Trump.”

Trump’s lack of a second-term agenda, a key to swing voters which the Journal calls one of Trump’s biggest disadvantages, was on display Thursday night in a town hall with Sean Hannity. When asked his top priority items if re-elected, Trump rambled that Washington D.C. is not a state, spoke about his house in Manhattan, and called John Bolton an “idiot.” The comments aired on Fox News two hours after the editorial board was published.

Here’s the transcript of Trump’s response when he was asked what are his top priorities for a second term. pic.twitter.com/XKMawRiXFs

Most polls have the president down double-digits nationwide, and behind in key battleground states. The Wall Street Journal speculates that Trump’s unwillingness to recognize his numbers shows he “lacks the self-awareness and discipline to make this case.”

“He may be so thrown off by his falling polls that he simply can’t do it,” the board concludes. “If that’s true he should understand that he is headed for a defeat that will reward all of those who schemed against him in 2016. Worse, he will have let down the 63 million Americans who sent him to the White House by losing, of all people, to ‘Sleepy Joe.'”