Alan Dershowitz Says He Would Support Biden Over Trump

Alan Dershowitz Declares He Would Support Biden Over Trump in 2020 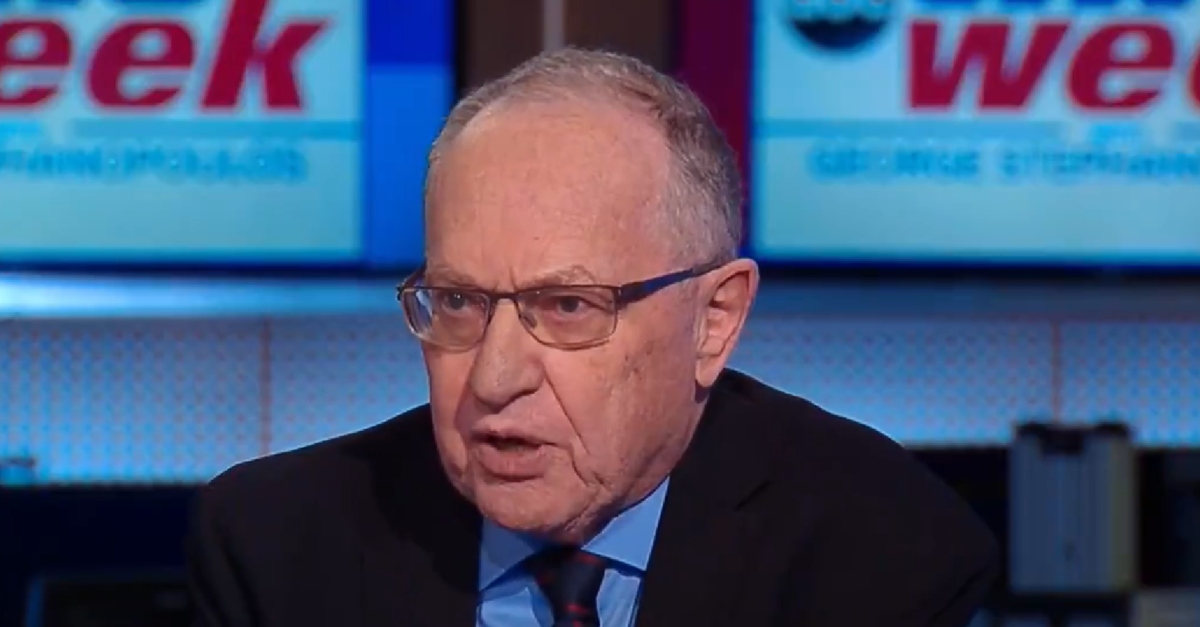 Alan Dershowitz, the Harvard Law professor emeritus renowned, as of late, for his legal defenses of President Donald Trump throughout the special counsel investigation, said Thursday that he would support Joe Biden in 2020 in a matchup with the current president.

Dershowitz, appearing on the SiriusXM radio show of Mediaite founder Dan Abrams, spoke at length about the investigation into Trump and his campaign’s ties to Russia, and said he will vote in 2020 based on the entirety of Trump’s record.

“You’re not going to vote for Donald Trump, are you?” Abrams asked in response.

“It depends who runs against him,” Dershowitz said. “If Bernie Sanders is nominated, that would present a real dilemma for me. I don’t think under any circumstances I could vote for a man who went to England and campaigned for a bigot and anti-Semite like Jeremy Corbin. I don’t think I could do it, I couldn’t pull that lever.”

“And what if the candidate is Joe Biden?” Abrams asked.

“I’m a strong supporter of Joe Biden,” Dershowitz said. “I like Joe Biden. I’ve liked him for a long time and I could enthusiastically support Joe Biden.”