J.J. Watt: Kneeling Protests Are Not About Disrespecting The Flag Or Our Military 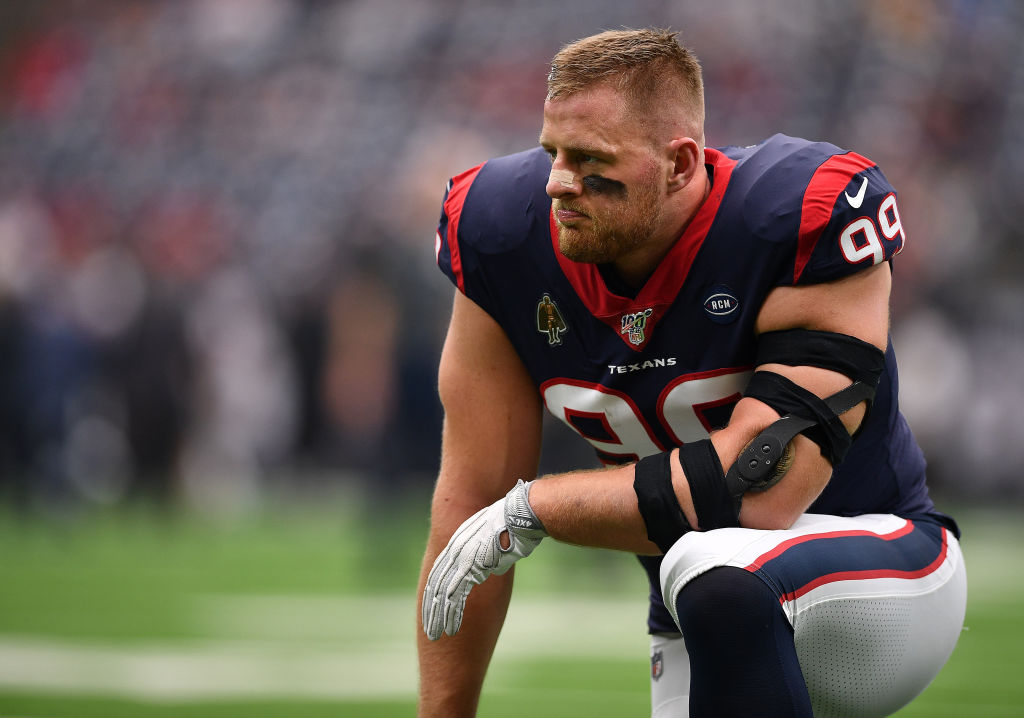 HOUSTON, TEXAS – OCTOBER 06: J.J. Watt #99 of the Houston Texans looks on prior to the game against the Atlanta Falcons at NRG Stadium on October 06, 2019 in Houston, Texas. (Photo by Mark Brown/Getty Images)

One of professional football’s most beloved personalities, J.J. Watt of the Houston Texans, tweeted his support on Saturday for the kneeling protests that have taken on new significance since George Floyd was killed by a Minneapolis police officer who knelt on his neck for eight minutes and forty-six seconds.

On Friday, the Houston Chronicle published an interview with Texans coach Bill O’Brien, who voiced his support for joining his players kneeling at the sideline.

After the O’Brien news broke, a Twitter user tweeted at Watt, “Pretty sure you won’t see @JJWatt taking a knee,” followed by three American flag emojis.

“Don’t speak for me,” replied Watt, “if you still think it’s about disrespecting the flag or our military, you clearly haven’t been paying attention.”

A) don’t speak for me

B) if you still think it’s about disrespecting the flag or our military, you clearly haven’t been listening https://t.co/tnsEq5D9WC

The person who originally tweeted at Watt deleted his tweet, but SportsCenter got a screenshot of it:

JJ Watt responded to a Twitter user who said he was “pretty sure” the Texans DE wouldn’t be taking a knee during the anthem.

It’s an evolution for the team from 2016, when then-San Francisco 49ers quarterback Colin Kaepernick first began protesting by kneeling during the national anthem. Several Texans players, including Watt, remained standing and held a giant American flag during the anthem before a game against the Chicago Bears.

O’Brien was also quoted around that same time, saying that he wasn’t going to talk about any other team or their players, but the Texans policy was to discourage players from kneeling.

“I’m going to just tell you that we encourage our players to stand for the national anthem to honor their country,” he said. “That’s the way we handle it.”

According to Yahoo Sports, one of Mayfield’s followers commented, “Please tell Browns fans you’re not going to be kneeling this season.”

“Pull your head out,” Mayfield replied. “I absolutely am.”