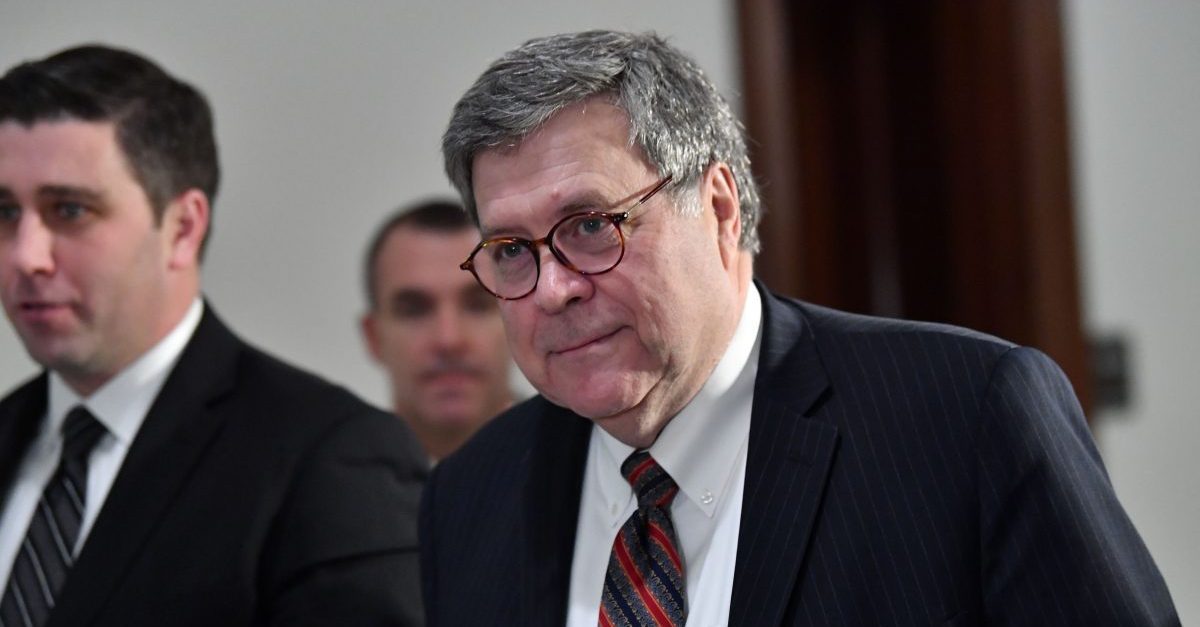 Attorney General William Barr released his prepared opening remarks ahead of his testimony before the Senate Judiciary Committee tomorrow, where he is expected to face hostile questioning from Democrats for his handling of the release of the special counsel’s redacted report and his pre-released summary of the report.

“As I informed Congress on March 22, 2019, at no point did I, or anyone at the Department of Justice, overrule the Special Counsel on any proposed action,” he continued. “In addition, immediately upon receiving his confidential report to me, we began working with the Special Counsel to prepare it for public release and, on April 18, 2019, I released a public version subject only to limited redactions that were necessary to comply with the law and to protect important governmental interests.”

Much of the criticism of Barr’s release of the report is focused on him not publicly releasing an unredacted version or making it available to members of Congress.

“We made every effort to ensure that the redactions were as limited as possible,” he added. “My understanding is that less than two percent has been withheld in the minimally redacted version made available to Congressional leaders.”

In a section sub-headlined “Bottom-Line Conclusions,” Barr argues that after Robert Mueller concluded his report, “I determined that it was in the public interest for the Department to announce the investigation’s bottom-line conclusions—that is, the determination whether a provable crime has been committed or not.”

“I did so in my March 24 letter. I did not believe that it was in the public interest to release additional portions of the report in piecemeal fashion, leading to public debate over incomplete information,” he added. “My main focus was the prompt release of a public version of the report so that Congress and the American people could read it for themselves and draw their own conclusions.”

Barr concluded the opening remarks with a declaration that “it is vitally important for the Department of Justice to stand apart from the political process and not to become an adjunct of it.”