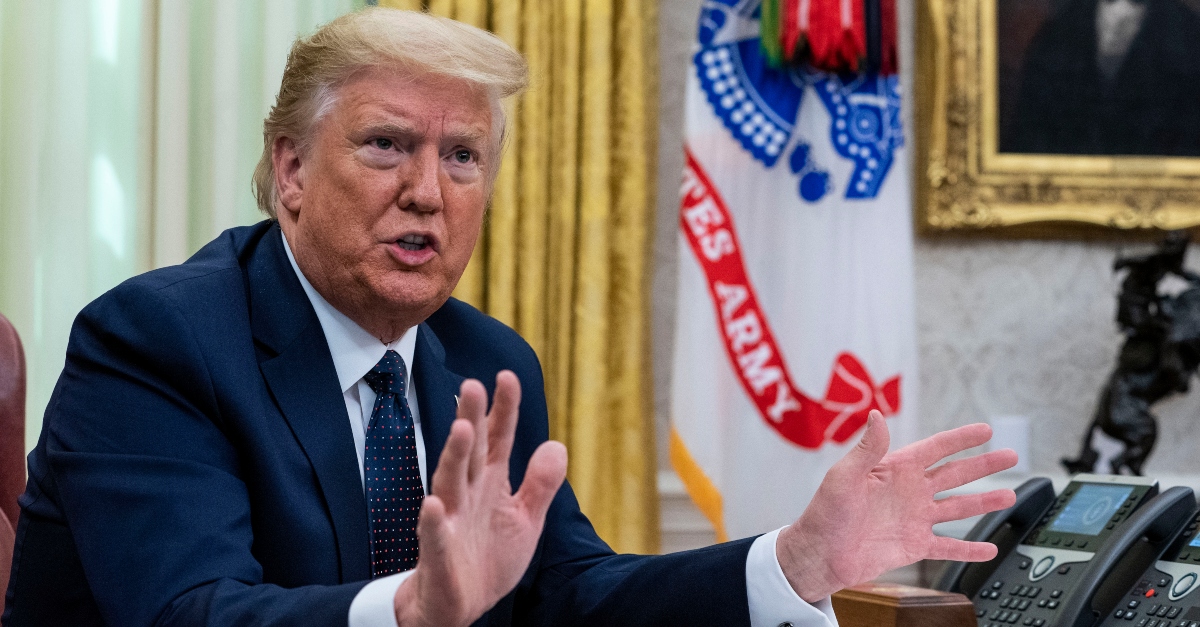 President Donald Trump turned 74 on Sunday. And to mark the occasion, he got quite the birthday present from his supporters.

Quite a birthday gift for @realDonaldTrump yesterday!

That’s grassroots support that Sleepy @JoeBiden can only dream of.

The enthusiasm gap is real and it is wide!#MakeAmericaGreatAgain!https://t.co/WRhOrNzOmD

Fox News reports that the $14 million figure represents the combined donations to the Republican National Committee, Donald J. Trump for President, Inc., and the Trump Make America Great Again Committee. Overall, the president boasts of a war chest in excess of $250 million, compared with approximately $100 million in the campaign coffers of former Vice President Joe Biden.

Biden had to navigate through a crowded Democratic primary, but as the party coalesced around him, donors have followed. May fundraising totals are not yet out, but the campaign set records in March and April — topping $40 million and $60 million respectively in those months.

Trump previously took in nearly $25 million in a single day last June — when he officially launched his bid for reelection. But that figure included all donations — not just those made online.

The $14 million haul offered a rare bit of good news Parscale has been able to bring to his boss in recent days. Trump is reportedly growing frustrated with his campaign manager amid lagging poll numbers.