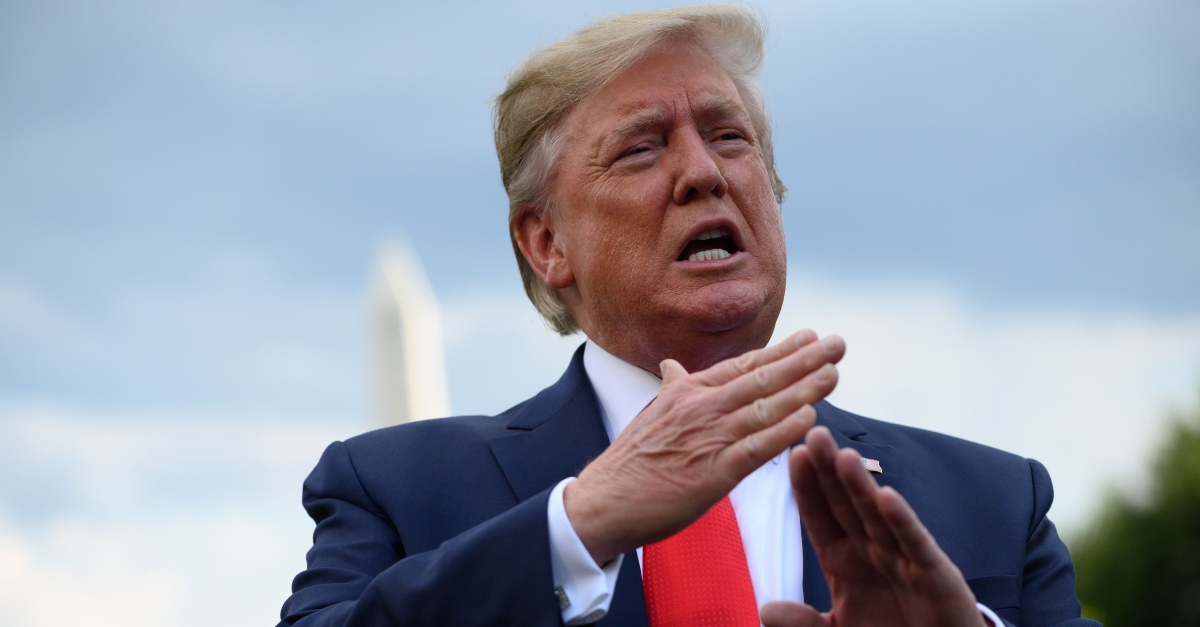 As New York Times columnist Bret Stephens defends his attempts to get a professor fired for calling him a “bedbug” on Twitter, President Donald Trump took to the platform to defend his Doral, Florida resort, the potential site of the next G-7, against allegations of a “severe bed bug infestation.”

“No bedbugs at Doral,” Trump wrote on Twitter Tuesday morning. “The Radical Left Democrats, upon hearing that the perfectly located (for the next G-7) Doral National MIAMI was under consideration for the next G-7, spread that false and nasty rumor. Not nice!”

No bedbugs at Doral. The Radical Left Democrats, upon hearing that the perfectly located (for the next G-7) Doral National MIAMI was under consideration for the next G-7, spread that false and nasty rumor. Not nice!

Trump, at the G-7 in France this weekend, announced that he was likely to hold next year’s Group of Seven summit at his Doral resort, a proposal that has drawn criticism from those who accuse the president of seeking to profit off his office.

“That decision would be an unprecedented use of American power to create private revenue for the American president,” The Washington Post wrote of the pitch. “If Trump does choose Doral, he would be directing six world leaders, hundreds of hangers-on and massive amounts of money to a resort he owns personally — and which, according to his company’s representatives, has been ‘severely underperforming.'”

The Post also reported that back in 2016, Doral was sued by a guest who claimed he was ravaged by bed bugs while staying “in the luxe Jack Nicklaus Villa.” He claimed the villa had a “severe bed bug infestation,” per the Post, which the Trump Organization denied. The organization settled the case in 2017.

A report on the bed bug infestation circulated on Twitter Monday, prompting the hashtag “#TrumpBedBugs” to trend.