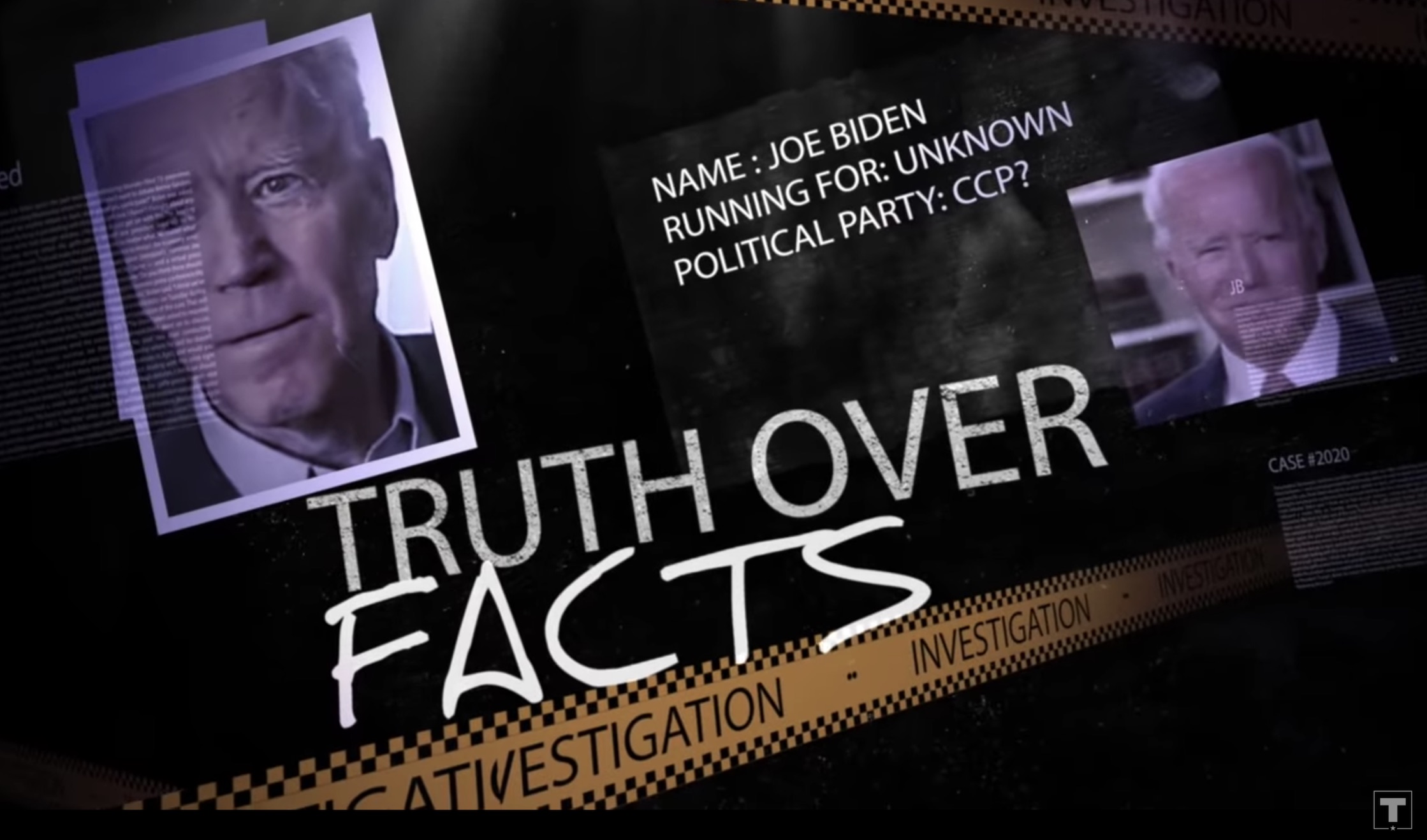 The site is named after a phrase Biden misused during a speech at the Iowa State Fair last August, when he said “we must choose truth over facts” as opposed to “truth over fiction.”

The series is hosted by Trump campaign communications director and former TV anchor Tim Murtaugh and is shot to resemble a true-crime documentary.

“Today we’re examining the curious case of Sleepy Joe and, you know, ‘the thing,'” Murtaugh said in the first episode of the mockumentary, referring to another one of Biden’s slip-ups. “Our investigation begins at a recent campaign stop in Texas.”

ABC News Reporter Will Steakin took to Twitter to share the Trump campaign’s email announcement, noting that many are missing the joke:

The name of it is referencing Biden saying at the Iowa State Fair: “We choose truth over facts” pic.twitter.com/LFPhBbi2eX