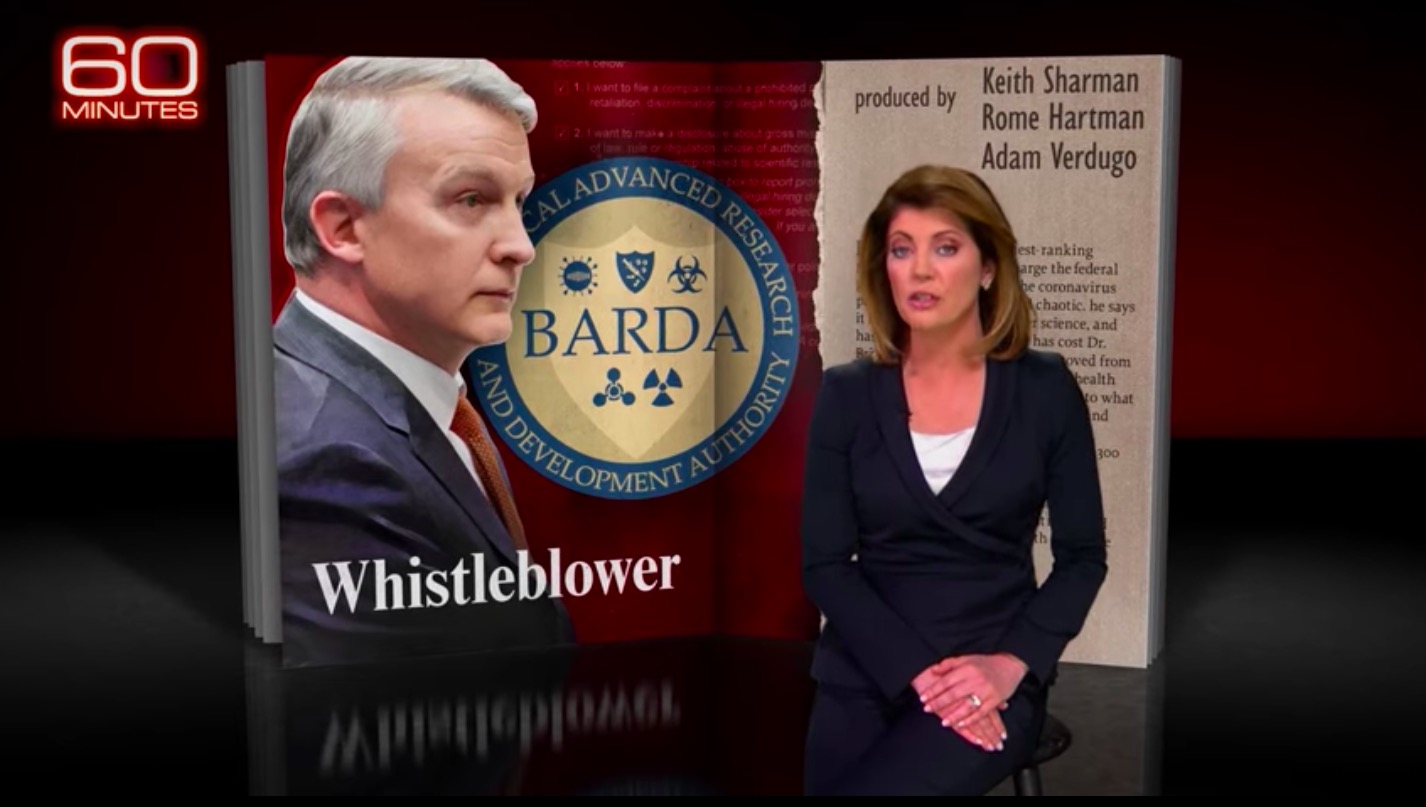 Sunday night’s edition of 60 Minutes drew President Donald Trump’s ire for featuring an interview with Dr. Rick Bright, a government whistleblower who was recently ousted as the head of a federal vaccine agency. As it turned out, the president was one of nearly 10 million people who tuned in to the venerable newsmagazine on Sunday night.

According to data from Nielsen, Sunday night’s episode of 60 Minutes drew an overall audience of 9.7 million, and a 0.7 in the advertiser-coveted adults 18-49 demographic — which translates to roughly 900,000 viewers among that subset. The overall number represents a slight uptick from last week’s broadcast, which pulled in 9.53 million viewers.

The president lashed out at 60 Minutes and correspondent Norah O’Donnell — whom he referred to as a “third place anchor” — for its interview with Bright. Trump even demanded that Shari Redstone, the chair of CBS’ parent company, “take a look at her poorly performing gang.”

Yet the 60 Minutes numbers remained strong on Sunday night. A town hall with Trump which took place opposite 60 Minutes two weeks ago drew 3.82 million viewers — far less than half of the typical 60 Minutes audience.

.@60Minutes & third place anchor, @NorahODonnell, are doing everything in their power to demean our Country, much to the benefit of the Radical Left Democrats. Tonight they put on yet another Fake “Whistleblower”, a disgruntled employee who supports Dems, fabricates stories, &…

….spews lies. @60Minutes report was incorrect, which they couldn’t care less about. Fake News! I don’t know this guy, never met him, but don’t like what I see. How can a creep like this show up to work tomorrow & report to @SecAzar, his boss, after trashing him on T.V.?….

….This whole Whistleblower racket needs to be looked at very closely, it is causing great injustice & harm. I hope you are listening @SenSusanCollins I also hope that Shari Redstone will take a look at her poorly performing gang. She knows how to make things right!

So the so-called HHS Whistleblower was against HYDROXYCHLOROQUINE. Then why did he make, and sign, an emergency use authorization? @NorahODonnell said, “He shared his concerns with a reporter.” In other words, he LEAKED. A dumb @60Minutes hit job on a grandstanding Never Trumper!

During the broadcast, Bright claimed his firing was retaliatory, and warned of an ongoing “chaotic” response to the coronavirus pandemic.

“The best scientists that we have in our government who are working really hard to try to figure this out aren’t getting that clear, cohesive leadership, strategic plan message yet,” Bright told CBS. “Until they get that, it’s still gonna be chaotic.”