Trump Excoriated For Praising ‘Great General’ Robert E. Lee: He Was ‘A Traitor and a Slaver’ 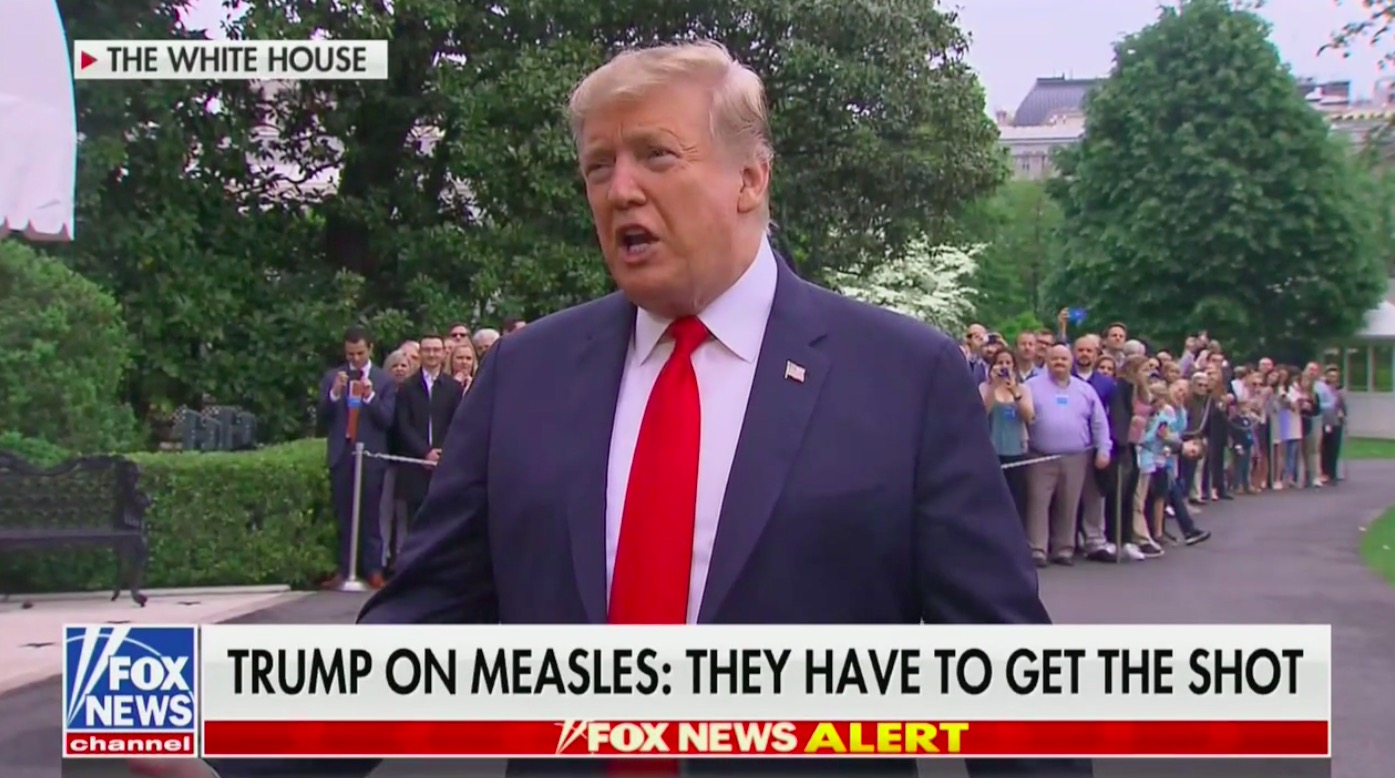 President Donald Trump doubled-down on his infamous “both sides” Charlottesville remarks when asked about Joe Biden’s 2020 announcement video attacking him over it on Friday.

On the White House lawn, a reporter asked the president about the remarks. Trump replied that he handled the situation “perfectly” when he said there were “very fine people on both sides” of the white nationalist rally that resulted in the murder of a counter-protester.

He also had warm words for Confederate General Robert E. Lee, whose statue was the reason for the rally:

I’ve answered that question. If you look at what I said you will see that question was answered perfectly. And I was talking about people that went because they felt very strongly about the monument to Robert E. Lee, a great general. Whether you like it or not he was one of the great generals. I’ve spoken to many generals right here at the White House and many people thought of the generals they think he was maybe their favorite general. People were there protesting the taking down of the monument of Robert E. Lee. Everybody knows that.

Trump’s praise of the failed general was excoriated on Twitter:

Robert E. Lee was a traitor and a slaver. And as @AdamSerwer reminded us in 2017, “Lee’s elevation is a key part of a 150-year-old propaganda campaign designed to erase slavery as the cause of the war and whitewash the Confederate cause as a noble one.” https://t.co/mHx16L9IGn

“Robert E. Lee, a great general — whether you like it or not,” President Trump, a young, vibrant man and a student of history

The president is going to repeat this lie over and over again and it’s important that people call it a lie every single time he does so.

Ah yes, the people who felt so strongly about Robert E. Lee’s statue that they decided to attend an event featuring such storied stalwarts of history as Mike Enoch, Baked Alaska, and Richard Spencer. https://t.co/dPUZRTloKj

He said this while standing about 500 feet away from the exact spot where Robert E. Lee declined command of the Union Army and decided to take up arms against his country in defense of slavery https://t.co/qcSwQJuilD

Robert E. Lee was a traitor, a brute and a slaver who wouldn’t even trade black union soldiers taken prisoner for the lives of his own men because he saw black people as property to be owned. https://t.co/kFh5bYvK1t

Reminder: Gen. Robert E. Lee was a traitor to the United States.

Now Trump is saying yes, sure, there were very fine people on both sides but those who sided with Robert E. Lee were finer. https://t.co/AX1vwyJhv7