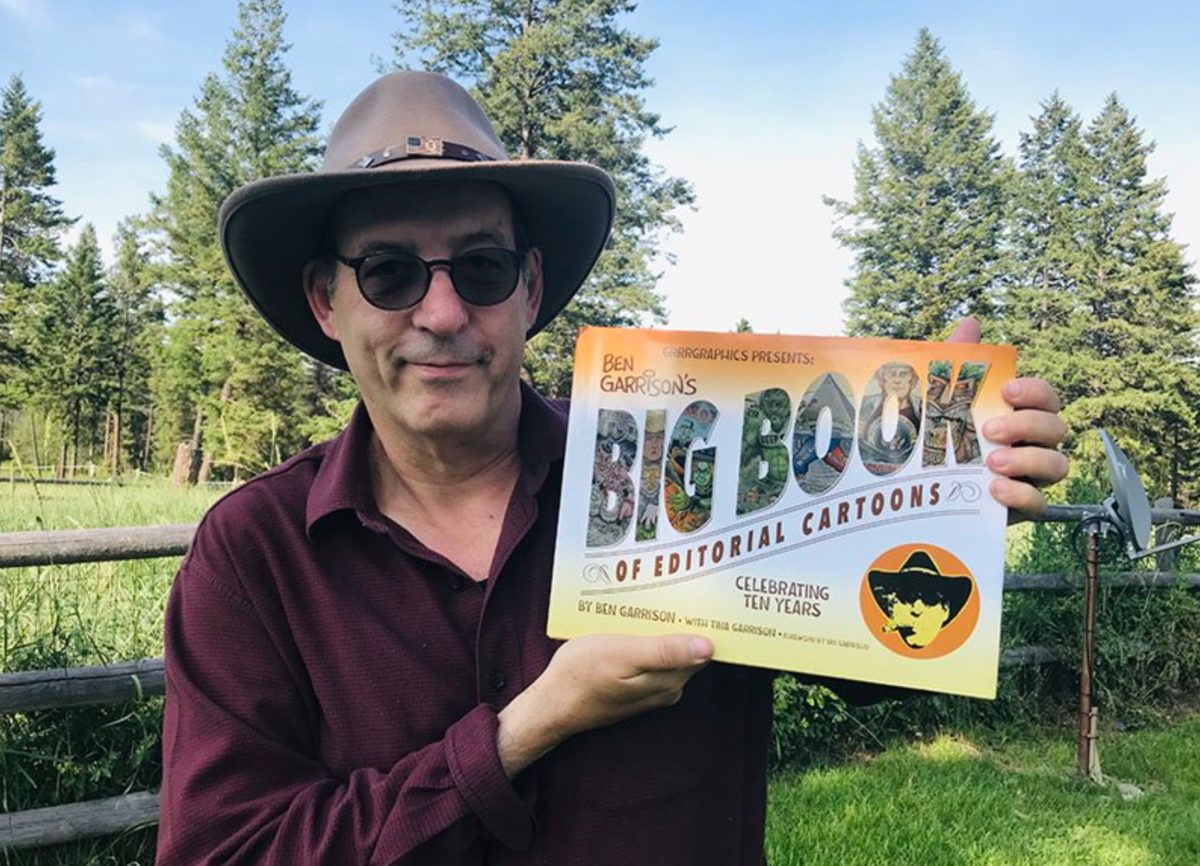 The event will presumably be used to address President Donald Trump’s frequent claim that social media and tech companies are biased against conservatives. Garrison is a popular figure on the alt-right because of his lionized portrayals of Trump and unflattering depictions of the president’s enemies, and he confirmed his attendance with this announcement on Twitter:

Honored to be invited to the White House! Thank You Mr. President! @realDonaldTrump #SocialMediaSummit pic.twitter.com/8b6zIa2XN3

Shortly after the news broke, Garrison’s invitation was panned by critics who have accused the illustrator of anti-semitism for the ways in which he has depicted Jews in his work. Among the critics is CNN’s Jake Tapper, who noted this inflammatory picture that was reportedly commissioned by #Pizzagate propagandist Mike Cernovich.

Man who drew a cartoon the @ADL calls “blatantly anti-Semitic” says he was invited to the White House for a social media summit https://t.co/Fzckv4rJbD https://t.co/nmH1zyCV7C pic.twitter.com/hvz4BpLNVt

As you can see, the picture shows Jewish billionaire George Soros controlling H.R. McMaster and David Petraeus with puppet strings. In turn, Soros’ strings are being pulled by a hand belonging to the “Rothschilds,” the banking family that has been tied for centuries to conspiracy theories saying Jews secretly control the world.

Here’s a sampling of Garrison’s other recent works:

Thank you Mother Nature for helping the President flush out the #DeepState swamp and washing away the dirty anti-American left on #IndependenceDay – flush the swamp #DrainTheSwamp LOL #TrumpParade for REAL Americans! #AmericansFirst pic.twitter.com/H212Tv5iFO

#NBC giving #ElizabethWarren a lot of lung time…sending up smoke signals – and that’s all it is.. smoke… pic.twitter.com/jocWKckpHa

Garrison’s invite has drawn a great deal of outrage:

Cartoonist deploying classic #antisemitic imagery should be shunned by the @WhiteHouse, not honored with invite to the American People’s House. #BenGarrison @POTUS https://t.co/FBrhLWeQ5j

.@realDonaldTrump
criticized the anti-Semitic @nytimes cartoon. Then he invited a creator of different anti-semitic cartoons to the white houses. https://t.co/QwBt5w2NtY

President Trump must disinvite cartoonist Ben Garrison from the Social Media Summit at the White House. In a time of rising antisemitism, at home and globally, we must all speak out and condemn hateful rhetoric everywhere and every time.