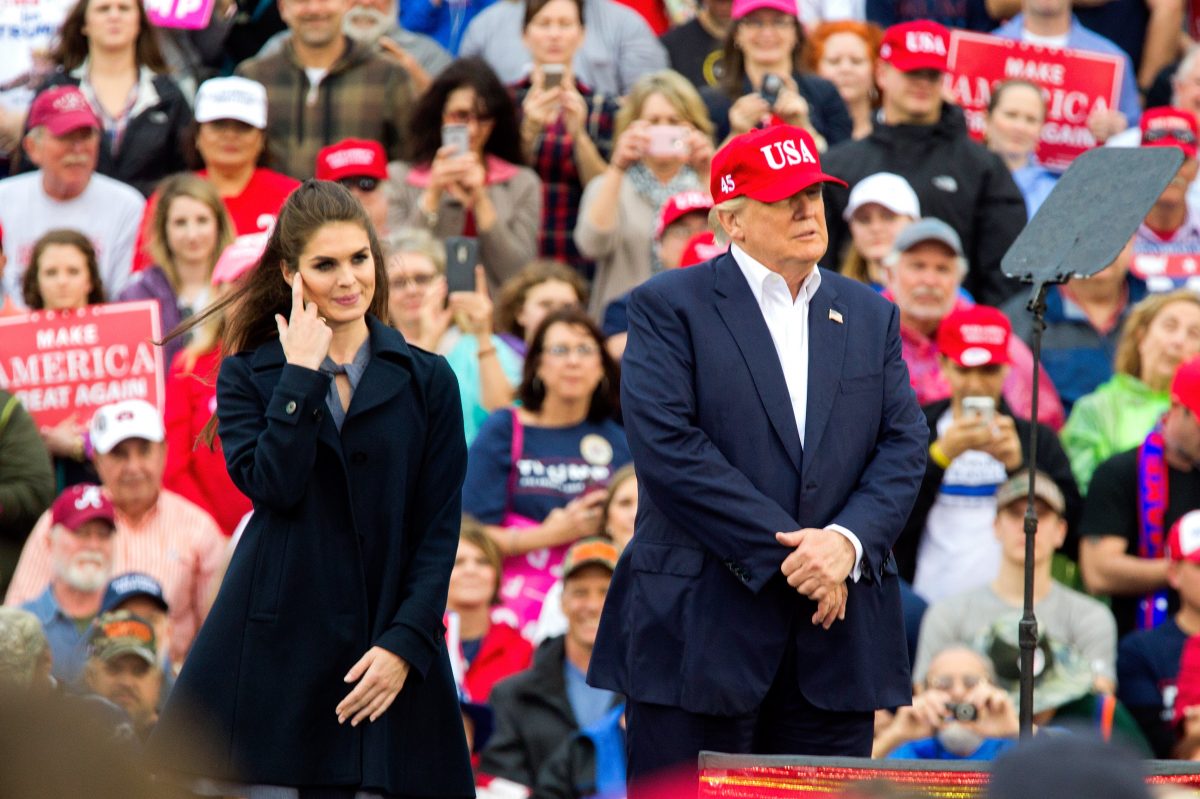 President Donald Trump is playing to hold a rally in Duluth, Minnesota on Wednesday night to stump for Pete Stauber for the Eighth Congressional seat.

Yet, even before the rally starts, the crowd is being treated to a variety of Trumpian takes, including a video board claiming Trump’s Twitter feed is “your source for real news.”

The board was spotted by Ben Jacobs of The Guardian and posted to Twitter Wednesday night.

Right there in lights, the huge sign is advertising Trump’s Twitter feed as a way to “stay up to date.”

Video board above the arena here at the Trump rally describes the president's Twitter account as "your source for real news" pic.twitter.com/MukY8dtZHy

Jacobs also noted video of Lara Trump was being shown on the big screens pre-rally.

Trump’s rallies usually draw his most ardent supporters, many who appear to embrace the themes of Trump’s twitter feed.

They are also frequent hotbeds for “fake news” taunts.

He added: “Fake news. Very dishonest,” he added. “They don’t have sources. The sources don’t exist, in many cases.”