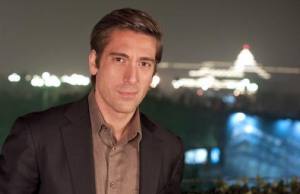 Muir had been anchoring the Saturday broadcasts, with Dan Harris serving as anchor of World News Sunday. Harris was named co-anchor for GMA Weekend last fall and continued to anchor the Sunday program until a permanent replacement was named.

ABC World News executive producer Jon Banner “David breathes clarity and wisdom into all his reporting. His original voice and his ability to reach far beyond the headlines into heart of a story follows in the great tradition of Diane, Charlie and Peter. I’m excited for David to put his singular stamp on the weekend newscasts and to further deepen his connection to our audience.”

From: Sherwood, Ben
To: ABC News ALL
Subject: David Muir

I am delighted to announce that David Muir will become the sole anchor of the weekend editions of “World News.” To reflect this change, the weekend broadcasts will now be called “World News with David Muir.”

David is a gifted reporter and storyteller with immense creativity, versatility and dedication to our audience. His recent reporting from Cairo illustrates his passion for journalism and his exceptional abilities in the field. As he demonstrated last month when news broke of the mass shootings in Tucson, David is a trusted and reassuring presence at the anchor desk.

In addition to his newly expanded role at “World News,” David will continue as a correspondent contributing to all ABC News broadcasts and platforms.

Please join me in congratulating David and wishing him the very best.