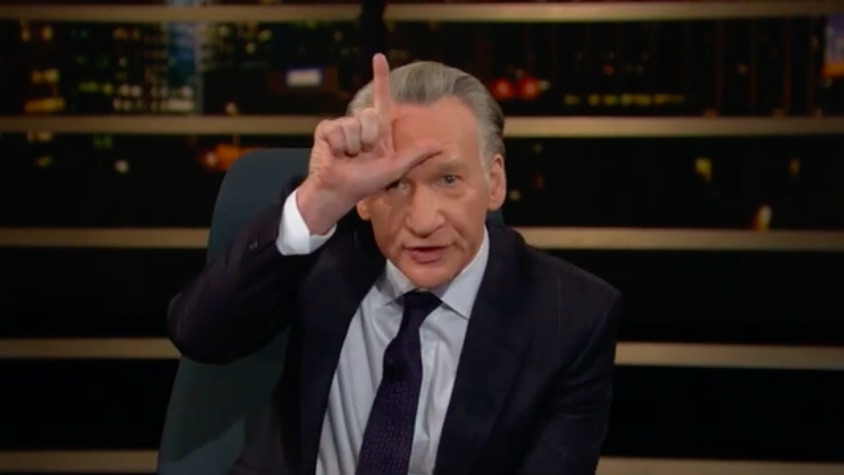 In his Friday night “New Rule” segment, Real Time host Maher blasted the attempt to project independence from corrupting forces as an exercise in self-inflicted futility

“Democrats: always living in the world that ought to be, rather than the one that is,” he began. Maher noted that the leading fundraiser among 2020 Democratic candidates, Sanders, only raised $46 million through small-dollar donations in February, while Trump and Republicans raised nearly twice that much — $86 million — thanks to corporate and lobby group money.

“Democrats are competing to see not who can attract the most donors, but who can refuse the most. Because they’re pure…pure losers,” Maher cracked, making the sign of an “L” on his forehead. “This isn’t purity, it’s vanity. It’s unilateral disarmament. It’s bringing a hug to a gunfight.”

“Why? The money didn’t rape anybody…because it’s money,”  Maher said. “It doesn’t know where it came from. For fuck’s sake, it’s money not kale!”

“The only fair solution is complete public financing of campaigns,” Maher said moments later, to applause. “But, until that happens, get off your high horse about wine caves and billionaires who want to help. Purists say: ‘You can’t buy an election!’ I say, against Trump: ‘Please do.'”