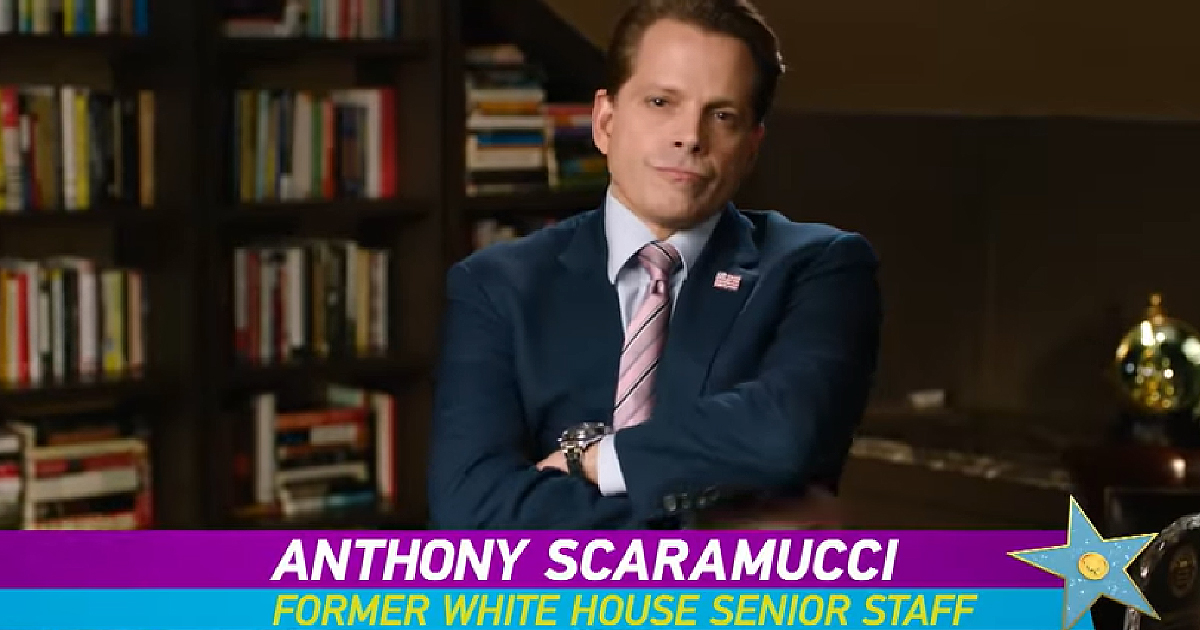 That’s right, THE Anthony Scaramucci is going to be on Celebrity Big Brother. Entertainment Weekly tweeted the news Sunday that the former (and momentary) White House Communications Director will be among the 12 guests in the house on Big Brother: Celebrity Edition when it premiers just over a week from now.

It’s not unprecedented. Omarosa Manigault was on the first season of the show. Is it for buzz? Parity? Parody? Or even masochism? The internet sure wants to know, and they’re tweeting about it.

Some celebrities have weighed in, of course, including actress Jane Lynch, who also happens to host her own game show featuring celebrities, Hollywood Game Night, had the tweet that perhaps best captured America’s collective Id, an instinctive, primal, gut reaction, not just to this news, but almost all news these last few years.

It’ll be interesting to see how many Scaramuccis he lasts on the show. https://t.co/TSNlpLqZC0

Using the short time measurement of “Scaramuccis” was a nice touch.

But they are only part of what was a big reaction, particularly among the Blue Check Set, where we find the commercial has already aired.

Just saw a commercial where they revealed the cast. The rumors about Scaramucci last season were correct, he's on this season

That commercial for Celebrity Big Brother with Scaramucci? Sheesh.

If nothing else, it seem to be working on the “buzz” front. Not that everyone is happy about it. (Or anyone?)

Just saw that @Scaramucci is going to be on Celebrity Big Brother. He's the only guest whose name I recognized but now I guess I have to watch.

Anthony Scaramucci is going to be on Celebrity Big Brother, despite not being a celebrity, or big, or a brother.

If the doors of the house lock from the outside, I’m for it. https://t.co/w5w5UsHW3S

What a joke @Scaramucci won't let anyone else say a word. https://t.co/0Gpe2pe2Mr

God Friended Me looks like the dumbest tv show, but CBS also has Anthony Scaramucci on Celebrity Big Brother, so the good news for them is that I guess it’s not.

.@Scaramucci has found his level. But the Trump White House is Big Brother and he didn’t get far. https://t.co/pMgEyeW6Ay

I get different strokes for different folks but it's mind boggling there's a large market for Celebrity Big Brother with Anthony Scaramucci and "famous house guest" Kato Kaelin.

Some were unhappier than others:

While pundits wring their hands about whether or not news outlets have “learned lessons from 2016 coverage,” CBS’s entertainment wing is putting Anthony Scaramucci in a reality TV game show. Make of this what you will. https://t.co/V0CJFXBx38

And even Omarosa, contestant on Season One of the Trump administration as well as Celebrity Big Brother, joined in, congratulating Scaramucci.

Still, you gotta love this question.

Wonder how many people have made the "I hope @Scaramucci lasts longer than 6 days" jokes about this https://t.co/sRGibDTNct