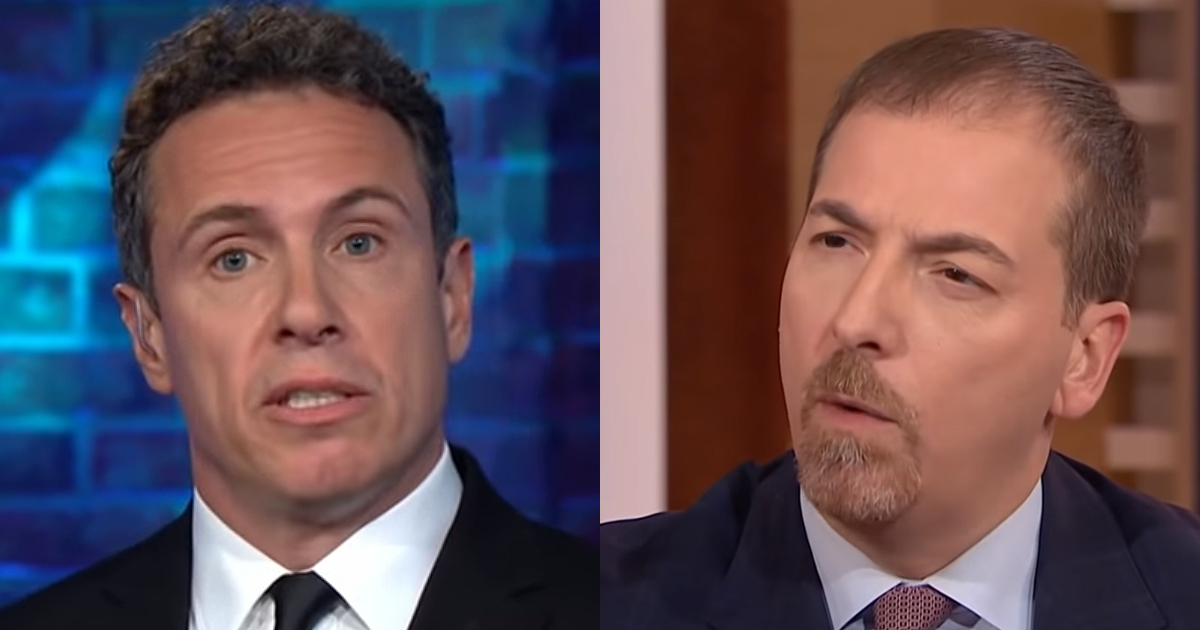 CNN’s Chris Cuomo is the subject of a profile by The Hollywood Reporter this week, and it has been buzzy already, for both his general take on himself (“testing others is my commodity”) and his defense of lengthy Kellyanne Conway interviews.

But one thing of note, particularly at Mediaite, is that he laid a few light burns on some of his competitors; among them, NBC’s Chuck Todd.

Among his other roles at NBC News and MSNBC, Todd is of course the host of the venerable Meet the Press. Cuomo offered a comparison with CNN’s own Jake Tapper, who on Sundays hosts the competing State of the Union.

When asked about network shows, Cuomo was apparently dismissive of their larger ratings, arguing cable has more influence.

He added that, with President Donald Trump being a “power-watcher” of cable news, that’s the place to be. “Who matters more than CNN?” he is quoted.

Just to take stock, we’ve pulled some of the numbers to compare the ratings of the shows in question.

By the way, we checked on Cuomo’s numbers, too, although he isn’t up against Chuck Todd directly. In the first quarter he pulled about 1.34 million in total viewers and about 337k in demo — leading CNN’s ratings.

Of course, Cuomo did make the comparison to overall pull in politics, and there are of course many factors. Tapper gets a great deal of play on social media and CNN overall gets a lot of attention from the administration and from #MAGA online. And of course, both Todd and Tapper have their weekday appearances, from which news stories and soundbytes are daily born.

And of course, there are their own Twitter numbers. @ChuckTodd has 2.05 million followers, while @JakeTapper has 2.03 million, a virtual dead heat.

And @ChrisCuomo, for his part, has 1.35 million followers on Twitter.

You can read the full interview and profile here, from the Hollywood Reporter.