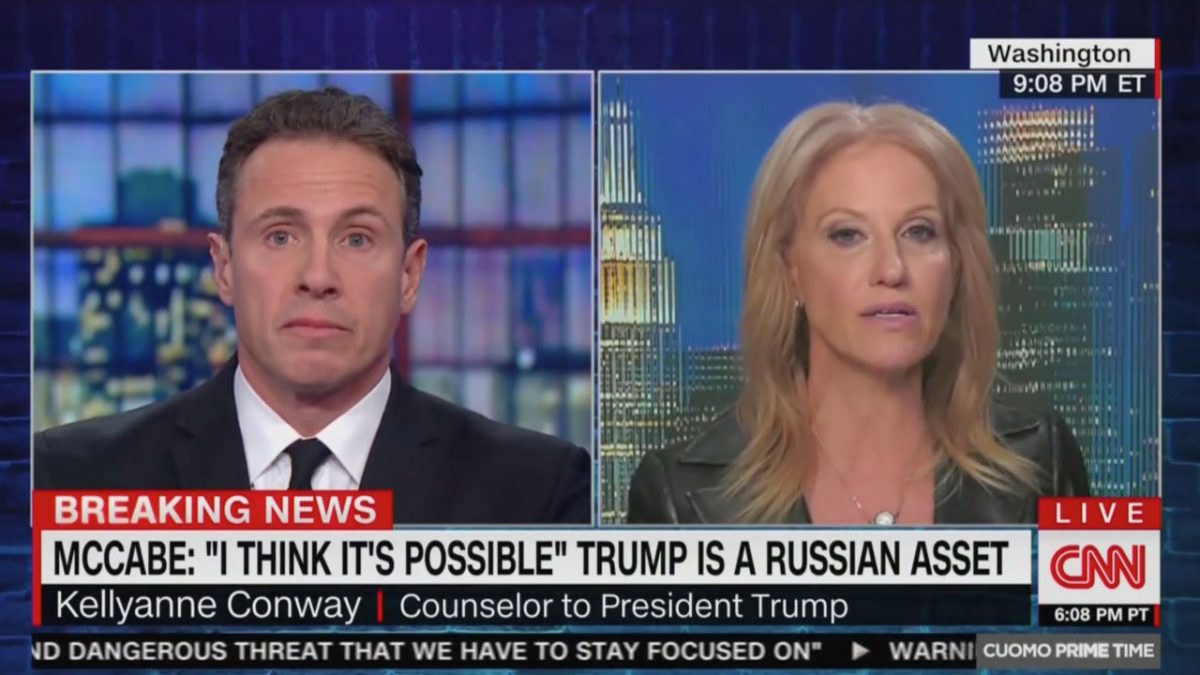 Chris Cuomo defended his interviews with Kellyanne Conway as part of an extensive profile on his show and his combative style on CNN’s prime-time lineup.

Political observers and Mediaite readers might be aware by now that Cuomo has Conway on his show every so often, though the substance of their conversations is debatable with how often they turn into wild, bitter unrelenting slugfests. As Hollywood Reporter notes in their new piece on Cuomo, liberal viewers tend to hate it when he features people like Conway, and even his colleague Don Lemon has told Cuomo on air that he does not approve of giving her a platform.

In his conversations with the Hollywood Reporter, Cuomo stood by his rowdy talks with Conway by defending his interviewing prowess and saying he considers her “a personal friend of mine.”

“I care about her…I care about her family. OK? I have personal affection for her. I understand why people are upset about what she says. Knowing that, you tell me: Who is a more rigorous questioner of Kellyanne than I am…We’d take anybody from the White House at any time. They won’t come.”

Conway offered similar comments about Cuomo, saying they’re “longtime friends, always platonic, always rooting for each other, raised very similarly.” In terms of Cuomo’s viewers having a problem with her appearances, she remarked that CNN’s viewers “don’t want to hear the other side.”

“I don’t think he books me and I don’t go on there because we’ve been friends for many years. And I don’t go on because it’s ‘good TV,’ as many people say it is,” Conway said. “It’s because [he is] willing to invite the White House opinion on his show.”

The profile goes on with Cuomo’s thoughts about how he fits into the media landscape, the evolution of his career, and the attention his combative style has drawn among news producers.