Cable news coverage of important, breaking news sometimes gives you moments of insight into how news outlets set up for such coverage.

Reddit users were the first to discover the segment, which aired Wednesday morning. The clip features Jean Casarez and Poppy Harlow having a sober conversation about the attack.

However, a quick glance will confirm one thing. Both Casarez and Harlow are standing mere feet from one another. 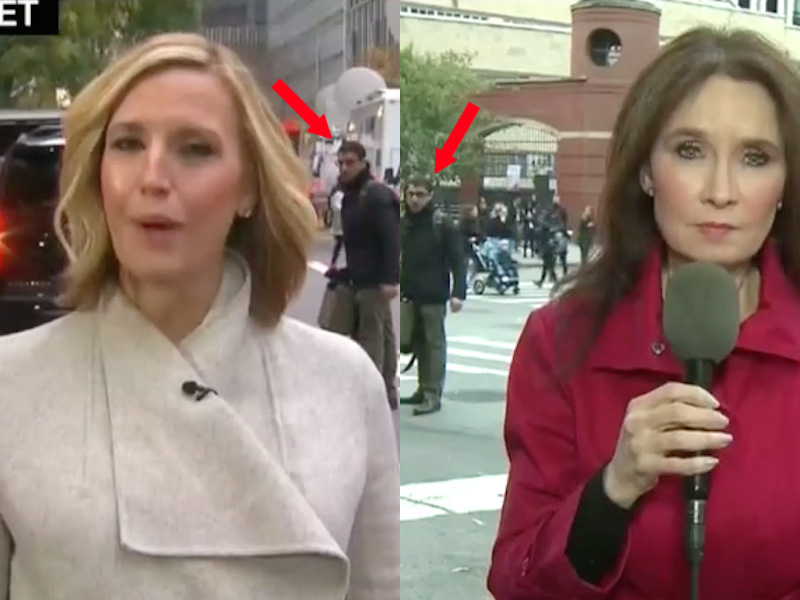 You can literally see some of the same people and vehicles pop up in both frames at the same time, including the man seen above. 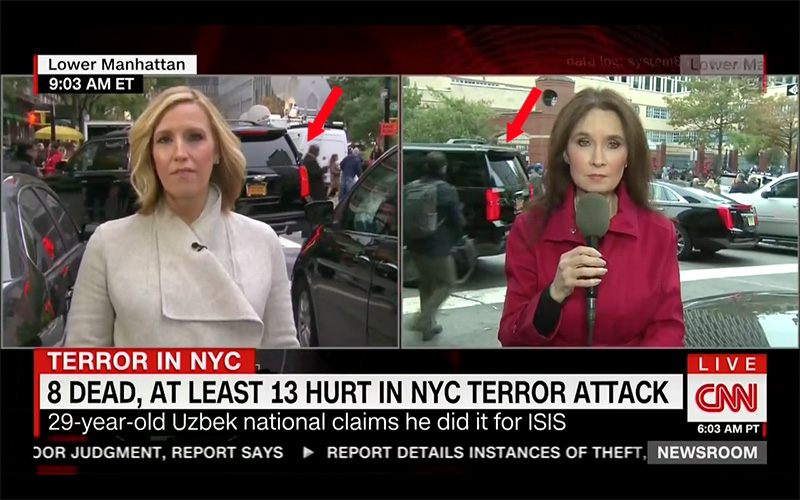 An SUV cruises from one frame to another, creating a mesmerizing viewing experience. 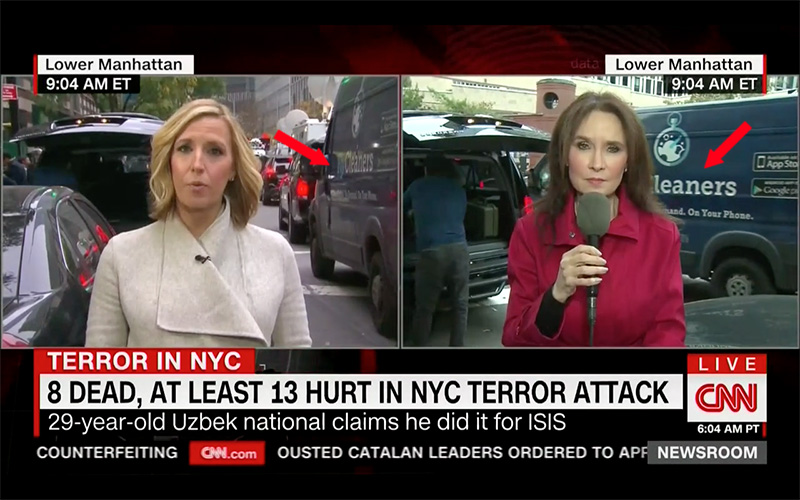 Here’s an on-demand laundry van from two different angles, if you are into that sort of thing. 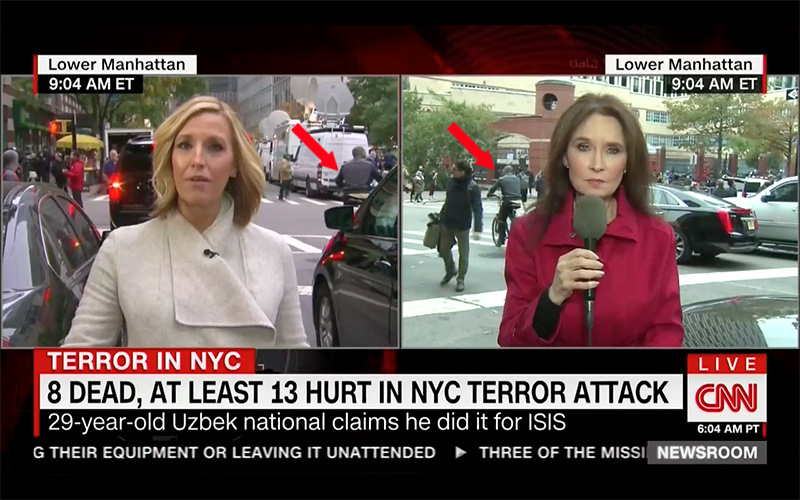 Finally, a bicyclist seems to appear in two places at once.

This isn’t the first time something like this has happened on CNN. Nancy Grace and Ashleigh Banfield conducted a split-screen interview while near each other in 2013.