Darrell Hammond Is the New Don Pardo on SNL
VIDEO

Darrell Hammond Is the New Don Pardo on SNL 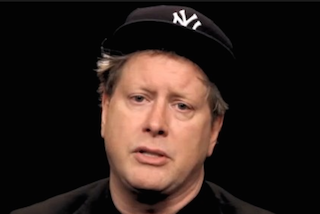 Darrell Hammond not only hold the record for longest time spent in the cast of Saturday Night Live (1995-2009), he is also one of the show’s most legendary impressionists. One of those impressions is the iconic voice of SNL announcer Don Pardo, who introduced the show from its 1975 premiere and died last month at age 96.

Now, Saturday Night Live has announced that Hammond will be officially taking over Pardo’s duties starting with the upcoming 40th season. The comedian occasionally filled in for Pardo when he had health problems in later years, imitating that nearly-unmistakable voice and never revealing it was him behind the mic. But when he introduces the show starting Saturday, September 27, it will be in his own voice.

“There were a lot of sweet ideas about carrying on with Don somehow. Because everyone has a Pardo impression. But he had the greatest run and he’s a completely beloved figure. So I thought: Don’t turn this into something else. That period ended,” the show’s producer Lorne Michaels told The New York Times. “I’m really happy about it. I think it will be good to have Darrell doing his own separate thing.”

In a recent interview about Pardo’s death with Grantland, Hammond said he would be “honored and thrilled” to follow in the announcer’s footsteps.

The years since he left SNL have been filled mostly with public struggle for Hammond. He published a book titled, God, If You’re Not Up There, I’m F*cked

, in which he outlines his drug addiction during his time on the show. He was ultimately able to get clean and with the new job, will be returning to his home at 30 Rockefeller Plaza.

Watch Hammond, as Pardo, introduce and interact with James Van Der Beek in the video below, via NBC: