In the Event of Apocalypse, This Is the Last Video CNN Will Ever Play

In the Event of Apocalypse, This Is the Last Video CNN Will Ever Play 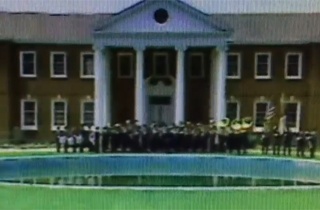 Hello, we’re going to freak you out with this video unearthed by Jalopnik, which CNN plans on playing before they sign off the airwaves at the end of the world.

Back in the 1980’s, when nuclear apocalypse was a very real possibility, CNN launched with a broadcast of the National Anthem — the only time Ted Turner planned on airing it, bucking the then-tradition of playing the Anthem at the beginning and end of every TV broadcast day. “But with CNN -–a 24-hour-a day channel -– we would only sign off once & I knew what that would mean,” Turner told the New Yorker in 1988.

So he assembled the Armed Forces band to record the National Anthem once, and then made a special request:

Then, as things cranked up, I asked if they’d play “Nearer My God, to Thee” to put on videotape just in case the world ever came to an end. That would be the last thing CNN played before we–before we signed off. And, I’ll tell you, those guys in the military bands knew what I was up to.

Though Michael Ballaban, then an intern for Wolf Blitzer‘s The Situation Room, had heard about the legendary video from his college professor, he found it while idly clicking around CNN’s Newsource archive system: there it was, labeled TURNER DOOMSDAY VIDEO, along with a note: “[Hold for release] till end of the world confirmed.”

In an essay, Ballaban wonders when this video would actually be played. “If this is the last CNN employee alive, in the last CNN bureau on Earth, who do they confirm it with?” he asked. “What does confirmation look like? Who can be the one to make that determination, to pronounce the universe itself dead?”

Contemplate the unsettling possibility that you would watch this band play a hymn before your television screen flickers off and you are left alone, truly alone in the ruin of the world, surrounded by death and the dying of light, the last gasp of humanity swallowed by the unyielding, creeping decay of entropy, by watching below via Jalopnik: 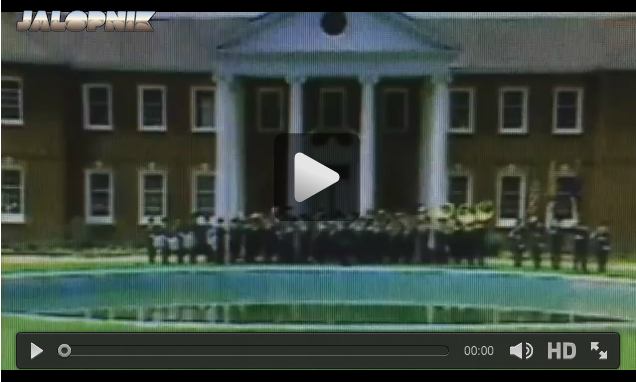