Robert Mueller to Rep. Adam Schiff on Probe: 'It Is Not A Witch Hunt'
video

Mueller Refutes Trump’s Characterization of Probe: ‘It Is Not a Witch Hunt’ 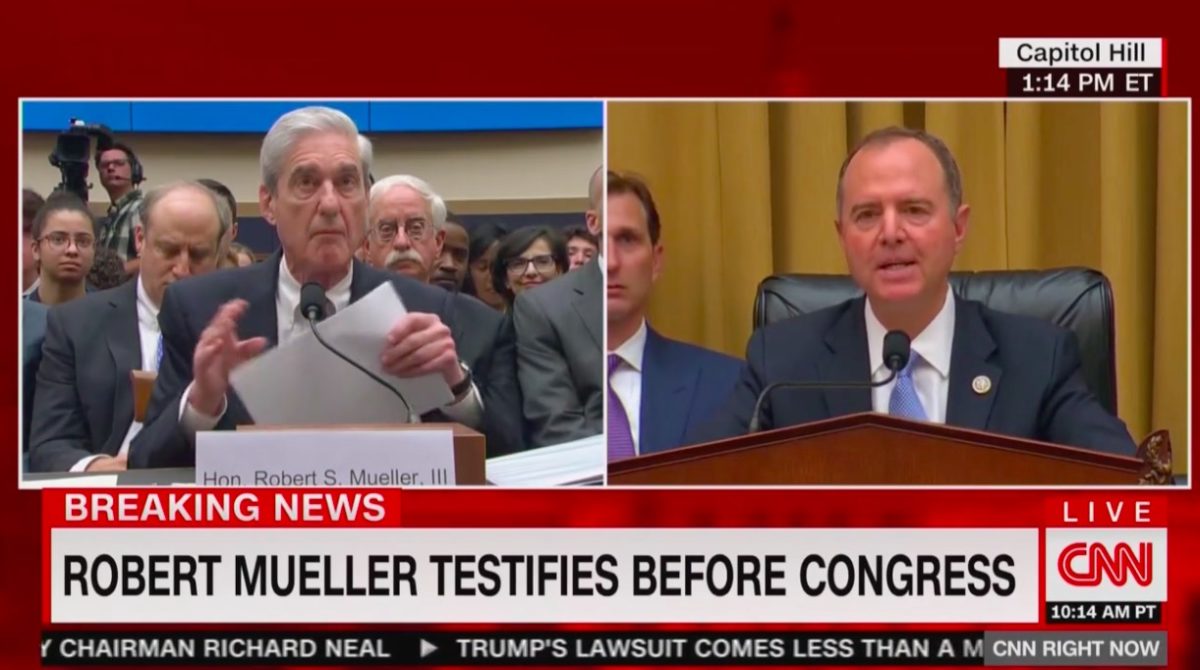 Rep. Adam Schiff managed to lay out the “sweeping and systematic” Russian interference effort in the 2016 presidential election and following coverup in his grilling of Special Counsel Robert Mueller.

Mueller says his investigation is not a witch hunt https://t.co/Qh7HTaJLuQ pic.twitter.com/FTNf7LDgG3

Schiff asked if the president was lying when he said had no business dealings in Russia. “I think there is some question about when this was accomplished,” Mueller said.

“You would consider a billion dollar deal to build a tower in Moscow to be business dealings. Wouldn’t you, Mr. Mueller?” said Schiff. “Absolutely,” said Mueller.

Schiff asked Mueller whether Trump campaign associates Michael Flynn, George Papad0poulos, Paul Manafort, Rick Gates, and Michael Cohen had been found to be lying during interviews for the investigation. Mueller said they had.

He also confirmed that when approached with dirt on the Hillary campaign, the president’s son Donald Trump Jr. said the campaign would love it, and that the president himself called on the Russians to hack Hillary’s emails.

Schiff also questioned Mueller on whether members of the Trump campaign had financial ties to Russia. Mueller confirmed that Manafort was trying to achieve debt forgiveness from a Russian oligarch, Flynn was trying to make money in Turkey, and Trump had a real estate deal in Moscow.