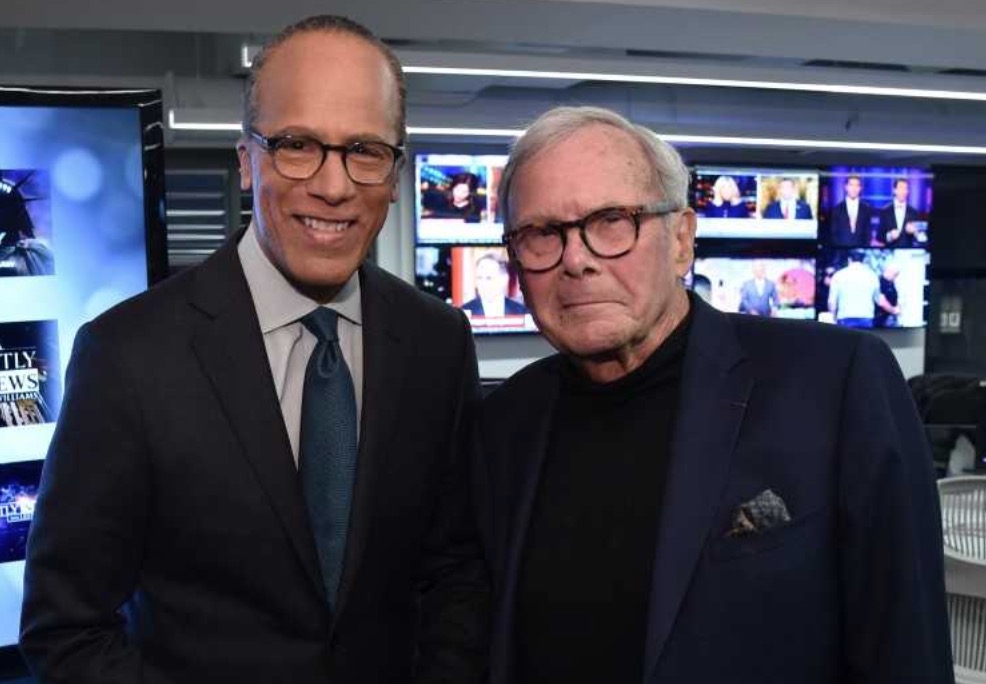 Normandy  — and D-Day — holds a special place in Brokaw’s long and distinguished career. He first went to Normandy 35 years ago for the 40th anniversary and now this will be his fifth assignment reporting from Normandy. He is, of course, also the author of the bestseller, The Greatest Generation, about the American Men and Women who served during that war. That term has now entered the lexicon of American History.

Holt will anchor two special editions of NBC Nightly News from Normandy on Wednesday, June 5 and Thursday, June 6 to mark the 75th anniversary of D-Day. The special coverage from Normandy is called, “D-Day at 75: A Celebration of Heroes.”

— On Wednesday, June 5 – Nightly News will feature interview with D-Day veterans: Tom Rice (97-years old), who was among the oldest of the 18 paratroopers on board the C-47 military transport plane on D-Day; and Eugene Deibler (94-years old), who landed in Normandy five hours before the main seaborne landings behind Utah Beach, and is returning to Normandy for the first time since. Holt will also visit the Airborne Museum in Sainte Marie Egilse, the town that was liberated 75 years ago and speak with the museum director.

–On Thursday, June 6 – Nightly News will feature interviews with students from Chapel Hill, N.C. who raised money to send WWII vets back to Normandy for the anniversary. Additionally, Holt will present a special piece on the legacy of the Greatest Generation, including additional interviews with veterans.

Brokaw’s D-Day coverage – he’ll be live in Normandy, as well, on Wednesday and Thursday this week:

— This past week, he presented an interview on TODAY with Tom Hanks and Steven Spielberg about the importance of the 75th anniversary and their iconic film “Saving Private Ryan.”

— Wednesday, 6/5 on Morning Joe — Brokaw interview Churchill biographer Andrew Roberts at the Churchill War Rooms in London – interview is about Churchill’s role in D-Day, his relationship with FDR and how he conducted the war from this subterranean network of rooms, which is now one of the most popular attractions at the Imperial War Museum.

— Thursday, 6/6 on TODAY – Brokaw will interview two D-Day veterans: Marcella Lebeau (age 99, Army nurse – Lakota Sioux from Eagle Butte, SD – was awarded the Legion of Honor by the French government in 2004) and Ray Lambert (age 98, combat medic and veteran of North Africa and Sicily, who landed in the first wave on Omaha Beach, he’s from Southern Pines). He will also join Holt on TODAY for continuing D-Day coverage.

–Thursday, 6/6 on Morning Joe – Brokaw will wrap the Greatest Generation story that explains, using archival material, the genesis of his interest in the subject and the cultural phenomenon it became.

–Thursday, 6/6 on Nightly News – Brokaw will also be featured in a Nightly News piece about The Greatest Generation.