‘Propaganda’: Eagles Player Calls Out Fox News For Passing off Clip of NFL Praying as Protesting 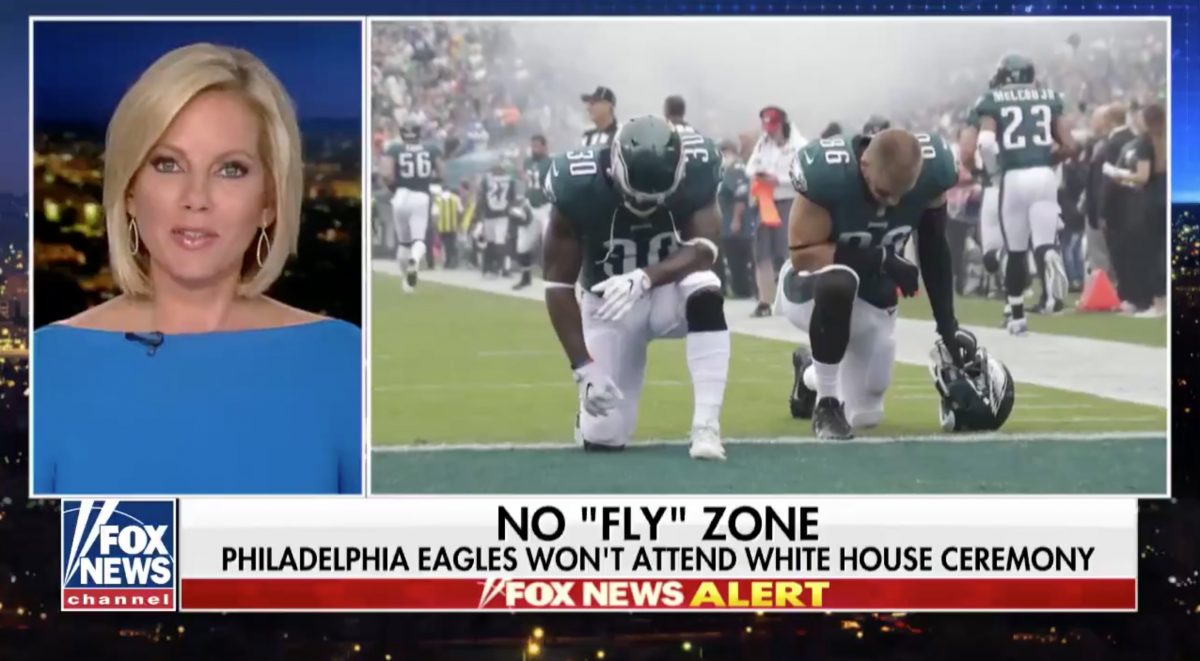 Donald Trump disinvited the Philadelphia Eagles from the White House last night, and since Fox News can’t pass up a perfectly good milestone in America’s culture war, they went all in to cover the president’s snub of the 2018 Super Bowl champs.

During their coverage, however, the network misrepresented photos of the team to make it look like their players knelt for the national anthem last year.

While many of the Eagles’ players said they didn’t plan on going to the White House and have expressed support for anthem-kneelers protesting racial injustice, the fact is that all of them stood for The Star Spangled Banner in the 2017 season. This somewhat undermines Trump’s claim he disinvited the team because of their alleged treasonous protests.

Nonetheless, Fox News ran a segment last night in which they aired several pictures of kneeling Eagles players, portrayed as if they were on their knees for the national anthem. A tweet of the post has since been deleted.

Eagles tight end Zach Ertz was among those shown in the pics, and he took to Twitter on to point out that all of pictures were actually taken while his teammates were praying, not protesting the anthem — blasting the network for “propaganda.”

This can’t be serious…. Praying before games with my teammates, well before the anthem, is being used for your propaganda?! Just sad, I feel like you guys should have to be better than this… https://t.co/kYeyH2zXdK

“During our report about President Trump canceling the Philadelphia Eagles trip to the White House to celebrate their Super Bowl win, we showed unrelated footage of players kneeling in prayer. To clarify, no members of the team knelt in protest during the national anthem throughout regular or post-season last year. We apologize for the error.”