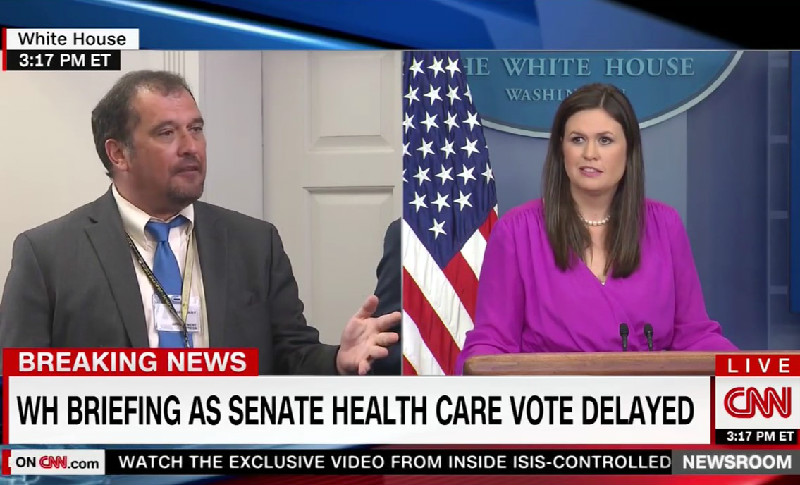 Remember Brian Karem, the relatively unknown guy who had finally had enough and couldn’t take it anymore with Sarah Huckabee Sanders during a White House press briefing earlier this summer? And then all of a sudden he became a hero to reporters and pundits everywhere and was lauded on cable news for days? (Except on Fox News, natch.)

Tonight, Karem made a major announcement. Besides his job as a White House correspondent for Playboy and The Sentinel Newspapers, Karem will now be an on-air contributor for CNN.

Karem joins April Ryan as veteran White House reporters who now find themselves with CNN contracts, giving them the opportunities to mix it up with the regular assortment of partisans, analysts, and various other talking heads on the network’s super-sized panels.

And, let’s be honest — we are actually shocked it took the network THIS LONG to bring on Karem after his star-making turn in June.