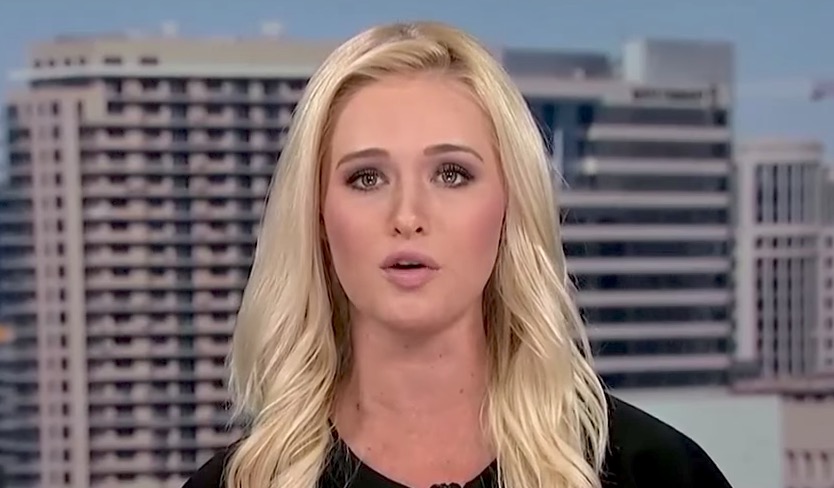 In a move that should come as a surprise to no one who follows the current cable news landscape, Tomi Lahren is joining Fox News as a contributor, according to a press release from the network.

Lahren, the young political commentator who made a name for herself with viral online rants for TheBlaze, was fired from Glenn Beck’s conservative outlet (apparently) after she expressed her belief in abortion on The View.

After the bitter breakup between Lahren and TheBlaze — Tomi has bashed her former colleagues and sued the network; Beck returned the favor, and ended up settling — the young conservative firebrand took a comms job at a pro-Trump advocacy group.

Nonetheless, Lahren has expressed interest in joining Fox News: in a Playboy interview she even called the conservative cable network “the Mecca,” and has made a number of appearances on Fox since her departure from TheBlaze.

According to a Fox News press release, Lahren will “offer political commentary to the network’s opinion programming, primarily Hannity.” She makes her debut on Hannity as a contributor Wednesday night, an appearance she teased in a tweet:

Big things ahead. Catch me with @seanhannity tonight! #onwardandupward

FOX NEWS CHANNEL SIGNS TOMI LAHREN TO CONTRIBUTOR ROLE
NEW YORK – AUGUST 30, 2017 — FOX News Channel (FNC) has signed conservative commentator Tomi Lahren as a contributor. Lahren will have a signature role on an FNC digital product currently in development and will also offer political commentary to the network’s opinion programming, primarily Hannity. She will make her debut as a contributor on tonight’s edition of Hannity at 10PM/ET.
Prior to joining FNC, Lahren served in a communications role at Great America Alliance (GAA), a Super PAC supporting President Donald Trump’s 2020 re-election bid. Previously, she hosted Tomi on The Blaze and On Point with Tomi Lahren on One America News Network. With more than 4.4 million Facebook followers, Lahren is well-known for her “Final Thoughts” videos, where she offers commentary on everything from politics to pop culture.
A graduate of The University of Nevada, Las Vegas, Lahren earned her B.A. in broadcast journalism and political science. She also produced and hosted the university’s political roundtable show The Scramble on UNLV-TV.
FOX News Channel (FNC) is a 24-hour all-encompassing news service dedicated to delivering breaking news as well as political and business news. The number one network in cable, FNC has been the most-watched television news channel for more than 15 years and according to a Suffolk University/USA Today poll, is the most-trusted television news source in the country. Owned by 21st Century Fox, FNC is available in 90 million homes and dominates the cable news landscape, routinely notching the top ten programs in the genre.