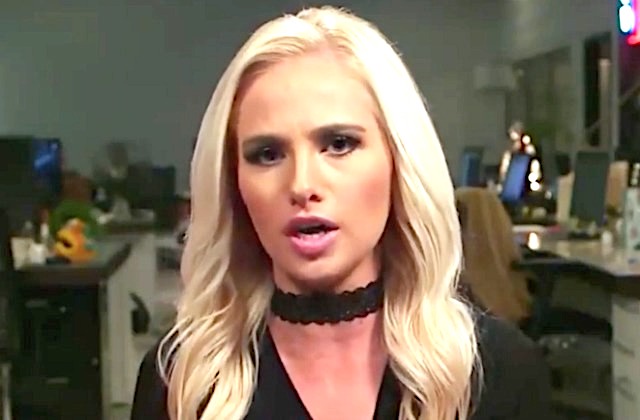 Conservative firebrand Tomi Lahren has decided to take on a communications role for a pro-President Trump organization.

Great America Alliance (GAA), a non-profit advocacy group, announced on Monday that the former Blaze TV host agreed to use her “growing national profile” to help them drum up grassroots support for the Trump agenda. The group’s website currently has a landing page where they ask visitors to join them and Lahren in order to stand against “Political sore losers” and “social justice warriors” who are “committed to sabotaging the President’s America First agenda every chance they get.”

Lahren released her own statement confirming the news:

“The liberal establishment and mainstream media continue to fight our President at every turn, so it’s critical for all Americans to step up and do all they can to advance the America First agenda. I’m excited to join the Great America team and continue supporting President Trump and help ensure he can deliver on his promises to the American people.”

Earlier this month, Lahren settled her legal battle with Glenn Beck after he “permanently banned” her from his network. The dustup happened after Lahren said she was pro-choice on The View, though subsequent reports indicated that Lahren had a rough relationship with her colleagues.