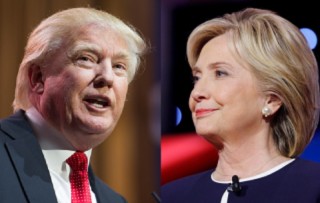 In a memo sent by Donald Trump communications staffer Jason Miller, the Trump campaign mocked Hillary Clinton for spending so much time preparing for the upcoming presidential debate.

The Trump campaign appeared to lower expectations before next week’s debate in the draft memo obtained by The Wall Street Journal‘s Reid Epstein. “Donald Trump has never run for political office before,” Miller noted, while Clinton has been “in the political arena for decades and has been preparing for this moment her entire adult life.”

“With her lead all but vanished, Hillary Clinton has been ‘methodically preparing’ for the debates by ‘poring over briefing books’ and ‘rehearsing over and over again,’ according to The Washington Post. The New York Times has characterized Clinton’s level of preparation as a ‘forensic-style analysis’ of Mr. Trump, of whom she watches ‘highlight reels, taking notes.’ Her team has even met with psychology experts and business leaders who have worked with Trump in order to try and find an edge,” he continued.

“These are hallmarks of a career politician who is spent too much time seeking and clinging to power,” Miller said. “Mr. Trump, on the other hand, has spent his life building successful business and has drawn successfully from the experience to wage his grassroots campaign against the rigged system in Washington.”

By contrast, Trump is “not rehearsing canned 30-second soundbites or spending hours in the film room like an NFL player. He will be prepared, but most importantly, he will be himself.”

“Hillary Clinton will bring her A-game…” Miller warned. “But at the end of the day, all of these tactics and insults will fail because Donald Trump is the only candidate offering new solutions to the growing problems facing our country.”