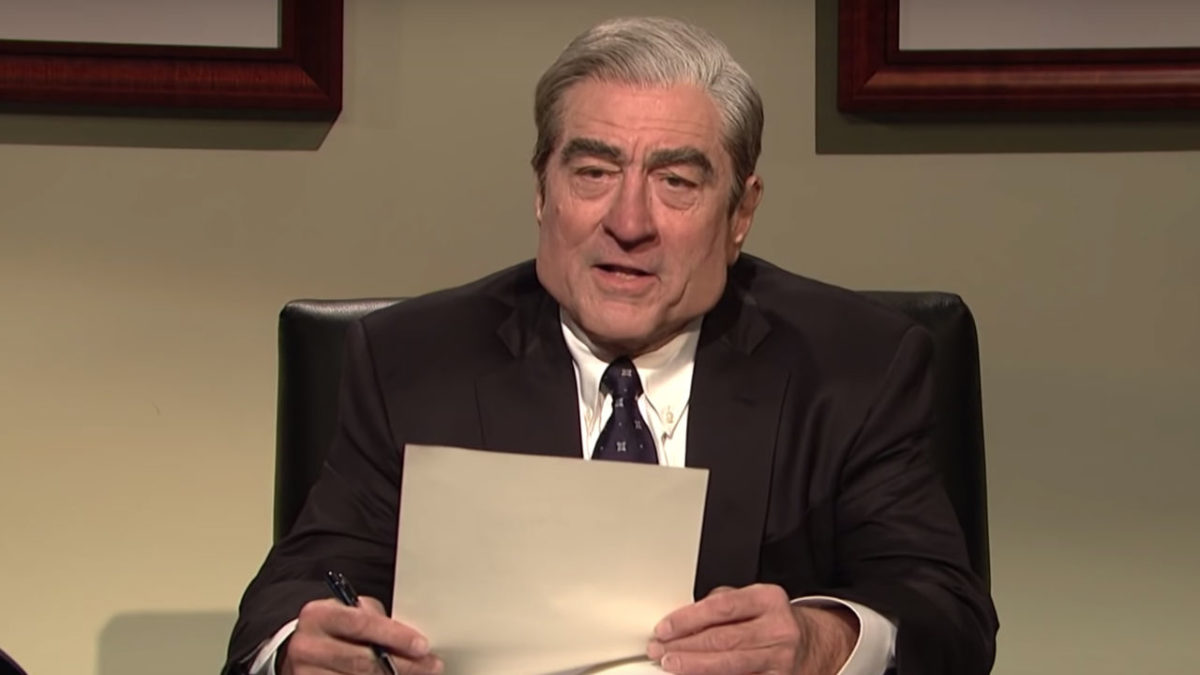 The man who plays Robert Mueller on Saturday Night Live has penned an op-ed calling on the real Mueller to keep speaking out.

“As I prepared for my role on the show,” de Niro writes, “I got to know you a lot better. I read about your lifetime devotion to public service and your respect for the rule of law. I watched how you presided over the special counsel’s office apparently without leaks. And you never wavered, even in the face of regular vicious attacks from the president and his surrogates.”

He does lament that his quiet, “dignified response” has allowed Trumpworld to “control the narrative” surrounding the report.

Mueller spoke today to basically re-emphasize the findings of his report, especially, “If we had confidence that the president clearly did not commit a crime, we would have said so. We did not.”

De Niro implores Mueller to speak up more so the country can “hear your voice”:

In your news conference, you said that your investigation’s work “speaks for itself.” It doesn’t… You’ve characterized the report as your testimony, but you wouldn’t accept that reason from anyone your office interviewed. Additional information and illumination emerge from responses to questions.