I Argue Glenn Beck’s ‘Endorsement’ of Trump in 2020 is Wildly Premature. Beck Responds. 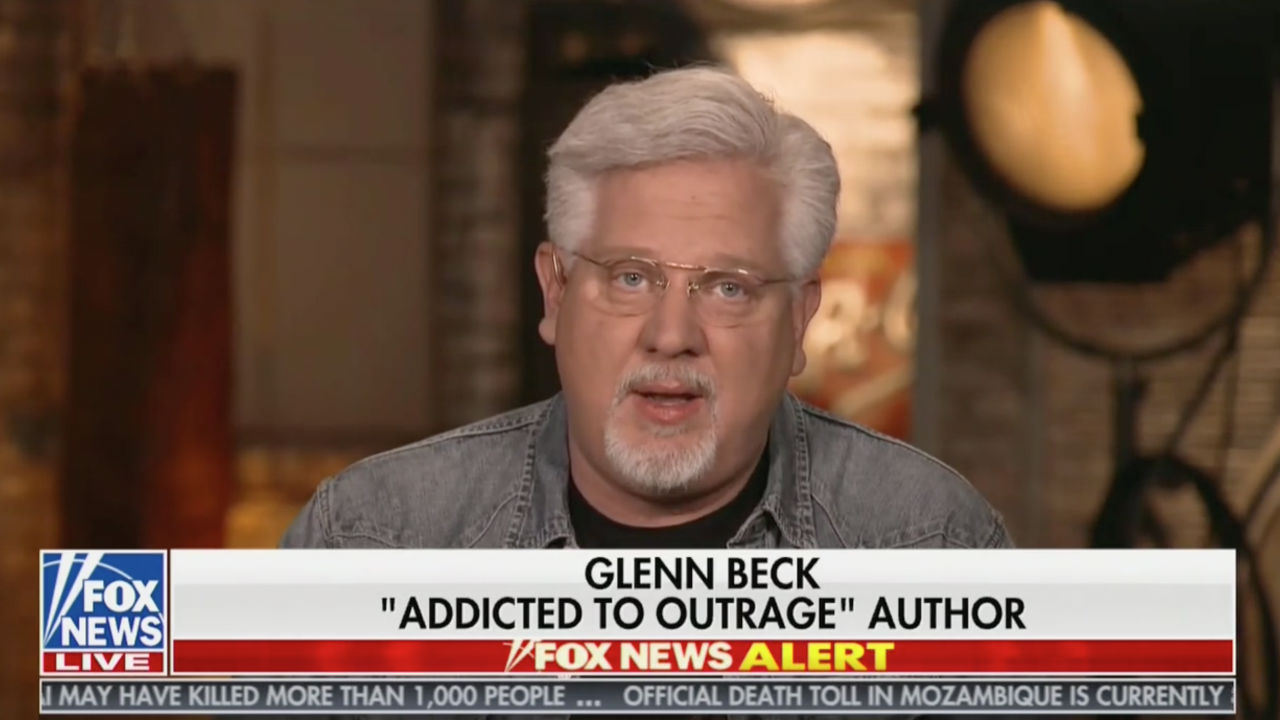 As a former member of the so-called right-wing conspiracy, I have had some interesting dealings with just about all of the heavyweights of the conservative media. My experience with Glenn Beck, however, has been by far the most fascinating.

Before I met him, I presumed that, like most opinion celebrities, he had to be at least somewhat of a fraud, especially since he was a particularly good performer and had a tendency to be a bit more conspiratorial than I found to be credible. When I first appeared in-studio on his then Fox News television show in 2009, I wasn’t sure what to make of him, but I was still convinced that his “principles over everything else” brand had to be at least a little bit shtick.

But then, in 2015-16, Donald Trump changed the world by provoking — with the help of most of the biggest celebrities in “conservative” media — a hostile takeover of the conservative movement. When Glenn Beck was the largest star in that constellation not to sell out to Trump (and I got to know him pretty well through our numerous guest appearances on each other’s platforms) my perception of him was radically altered.

Some of our interviews together have felt very much like therapy sessions for two conservatives desperately trying to deal with the soul-sucking realities of the Trump era. These “sessions” have included some pretty extensive off-air communication.

All of this may provide me a unique perspective on what has been Beck’s slow and steady warming towards Trump. While I have been about as hardcore “Never Trump” as anyone, I also understand the enormous economic pressures, especially when you employ lots of people, of trying to be honest about Trump while still appealing to a core conservative audience that acts very much like his cult.

I have enormous empathy for the challenge facing Beck and because of that, plus what I consider to be our friendship, I have cut him a tremendous amount of slack on this topic. However, after his second recent confession-like appearance on the show of Trump’s number one sycophant, Sean Hannity, where he declared that it will “officially” be the “end of the country as we know it,” if Trump is NOT reelected, I think he has crossed a line that must be called out.

Glenn, who told me that what he said was not intended as an endorsement of Trump’s reelection campaign (I responded that how it could be interpreted any other way is honestly a mystery), believes that Trump hasn’t been nearly as bad on policy as he had feared, and that Democrats are showing every sign that they are being taken over by their ultra-progressive wing. Therefore, while Trump is clearly flawed, the alternative to him is likely much worse, and quite possibly fatal to the essence of the country.

As I told him in an email exchange after his comments to Hannity, there are at least two huge problems with his premise, which is based on the very understandable fear that if Democrats take back full control of federal power that they will attempt to turn us into a socialist country. The first is that we don’t even know yet what the Democratic ticket will look like, and the second is that Trump in a second term, without the fear of ever having to face the voters again, may be significantly worse than even what we have seen so far.

Believe it or not, there are couple of high-profile Democratic candidates who, if they were to win the nomination, would have even me at least thinking about rooting for Trump to be reelected, but we are nowhere near that point as of yet. While optimism about our broken politics has been a recipe for extreme disappointment in recent decades, it is still possible that Democrats may come to their senses and nominate someone (Joe Biden?) who can simply provide a reset from the insanity of Trump’s presidency, rather than overreaction by pulling us so far in the other direction that it scares even people like me into supporting Trump’s reelection.

To be clear, I get this part of what Beck is saying. In a way, Democrats took back the House because a lot of voters wanted them to take care of the cancer that Trump represents, and since taking power have mostly talked not so much about treating the cancer, but instead about giving us the equivalent of a sex change operation (no thanks, I’ll keep my balls, and take my chances with the cancer!) But, at least for now, I believe the best course of action for principled conservatives would be to hope for Biden and a Republican-controlled Senate, take our well-deserved medicine for 4-8 years, and try to regroup.

This issue of Trump being a far more dangerous character in a second, unrestricted, term should also not be underestimated. Almost all of the adults who gave us comfort by being in his administration at the start are no longer there, and the mind boggles to think whom he might have in his cabinet by 2024 (Alex Jones might seem pretty normal by then), and enabling his complete lack of discipline and maturity would be like letting your child know that they can’t be punished for the next four years… if that child had tyrannical tendencies and power over the world’s most powerful military with nuclear weapons.

I really want to be believe that Beck is being sincere, if not also misguided, here, but the timing of this dramatic move is obviously consistent with a business wager that pays off at a higher rate the earlier the bet is made. I asked Beck for a comment in response to people who may view his Trump transformation in that light, and here is what he emailed me:

“It is truly insulting to believe that I would take a positive or negative position for business.  My business has been way up in almost every metric over the last year, most of which has been substantial.

Ask anyone who knows me and they will tell you I firmly believe in what Immanuel Kant said:  There are many things that I believe that I shall never say, but, I SHALL NEVER SAY THE THINGS THAT I DO NOT BELIEVE.

Everything I say about trump good and bad, I say on the air to this day.  I am so tired of the business angle.  Some of us, like you, speak what we believe.  You have zero filter, I will at times refrain from speaking but I will NEVER sell my soul for a buck or a million bucks. You may remember I cancelled my biggest client GM when they took a bailout. It cost me millions. I never looked back.”