Reporting from the Past: Imagining The GOP Primaries in March 2016 Based on What We Now Know
Opinion

Reporting from the Past: Imagining The GOP Primaries in March 2016 Based on What We Now Know 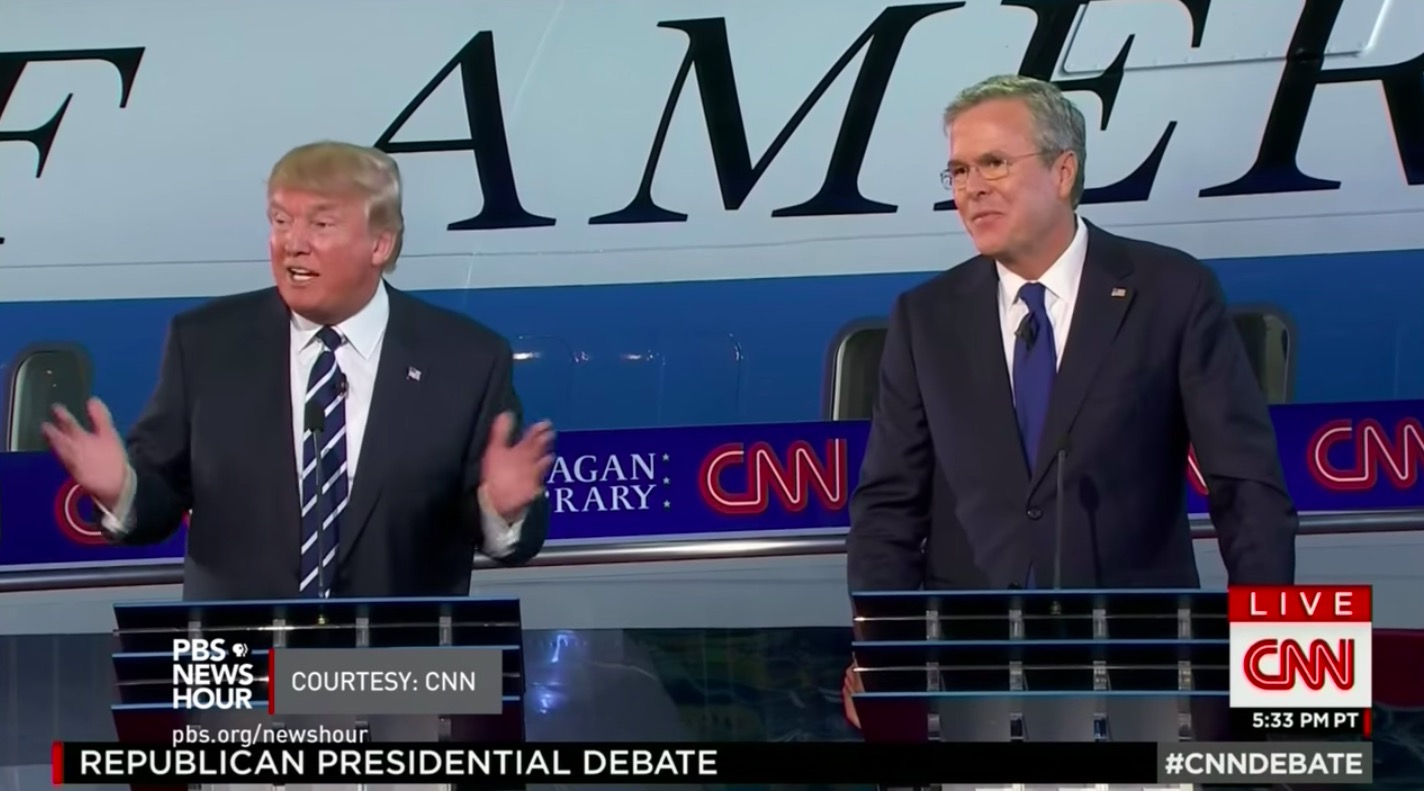 This past Saturday, while the eyes of the political world were on whether the embattled, likely soon-be-ex Governor of Virginia would actually moonwalk at a press conference, we learned yet another fascinating fact about what was really going on during the 2016 GOP presidential primaries. According to The New York Times, in March of that year then-candidate Donald Trump, hemorrhaging money at a key point in the process, was rejected for a relatively small loan by Deutsche Bank, his go-to lending institution.

There have been many important things that we have learned in the nearly three years since then, which were not known at the time, and may have greatly altered history. With that in mind, let’s go back to March of 2016 and reimagine how things might have played out differently.

The presidential campaign of Donald Trump, the current Republican frontrunner, was rocked today, on the eve of the critical “Super Tuesday II” primaries, with two bombshell stories that hit hard at his business practices. One has voters questioning whether the perceived wealth of the self-proclaimed billionaire is all a mirage, while the other indicates he has deceived voters about his still-ongoing attempts to do substantial business with the government of Russia.

The New York Times reports that the Trump Organization, extremely low on cash because of the candidate’s partial self-funding of his campaign, attempted to effectively mortgage his Trump Doral golf club in Miami, Florida so that they could upgrade his golf course in Turnberry, Scotland. The loan application, made to Deutsche Bank, the only major financial institution willing to give significant money to Trump after his bankruptcies of the early 1990s, was unanimously rejected, reportedly out of fear that attempting to recoup unpaid financing from a possible sitting United States president would be highly problematic for the company.

The news immediately sent shock waves through some of Trump’s key media supporters. “Wait. I thought Trump was super rich and that he would be able to use that financial genius to save our economy,” said talk show host Rush Limbaugh. “If he is really worth ten billion dollars, like he claims, why does he need a loan for only a few million? I have that much in my secondary checking account. He should have just asked me for the money. And why won’t even Deutsche Bank give it to him?”

Fox News host Bill O’Reilly echoed Limbaugh’s concerns, asking, “If Trump can’t even fund himself through the primaries, how in the world is he going to be able to out-spend Hillary Clinton?! He’ll be a sitting duck for the attacks from the media elites!”

One of Trump’s rivals for the nomination, Florida Senator Marco Rubio, whose campaign has suffered in the polls ever since he engaged in a series of attacks against Trump (who has called him “Little Marco” and misspelled a “lightweight chocker” attack against him ), pounced on the news, labeling Trump with the new nickname, “Broke Dick Donnie.” Rubio also used the revelation to question why Trump hadn’t been able to keep the prestigious PGA Tour event at his Doral course in the senator’s state of Florida, which, it was recently announced, is moving to Mexico next year.

“Now it all makes sense,” said Rubio, who is seen as desperately needing to win tomorrow’s Florida primary. “Trump is allowing South Florida to suffer because he simply doesn’t have the cash to keep our jobs from going to Mexico. Broke Dick Donnie is a dangerous conman.”

The second major crisis facing the Trump campaign may also be related to Trump’s cash crunch. Trump’s personal lawyer, Michael Cohen, has just admitted in an interview that he is currently trying broker a highly unusual deal with the Russian government for the Trump Organization to build a massive Trump Tower in Moscow. The plans for the project, which include a signed letter of intent from Trump himself, have just been published by BuzzFeed and indicate that this effort, contrary to numerous public statements from Trump indicating he has no ties to Russia, has been ongoing since the start of the campaign.

“This is a disqualifying event for any Republican presidential candidate,” said Senator Ted Cruz, who trails Trump and has still not been able to secure the support of more than a third of GOP voters. “We cannot have a nominee who not only has engaged in business practices that make him Vladimir Putin’s puppet, but who also blatantly lied about it. Even Hillary Clinton will crush him over this!”

Trump’s campaign manager, Corey Lewandowski, downplayed the significance of the story, saying that the size of the Trump Tower penthouse offered to Putin was not nearly large enough to be considered a legitimate “bribe.” He also indicated that veteran political advisor Paul Manafort will be soon joining the campaign to ensure that there are no inappropriate contacts between the Trump forces and those of the Russian government.

With Trump stuck at 32% in the national GOP polls, tomorrow’s primaries, especially in Florida, will be a critical test of his momentum and indicate whether he can close the deal on the nomination. Political analysts say these two stories could easily spook the majority of GOP voters are still rather wary of the New York businessman who has been a Democrat most of his life.

Late word is that reporter David Fahrenthold of The Washington Post may further disrupt the political calculus later this afternoon. Fahrenthold tweeted that he will be releasing some sort of tape from an off-camera recording that Trump did years ago with the TV show Access Hollywood. The Trump campaign is insisting that they don’t know the nature of the tape’s content, but are expressing doubt that it’s anything that will be significant to the older conservatives in Florida, Missouri, and North Carolina on whom they are counting to bring them key victories on Tuesday.