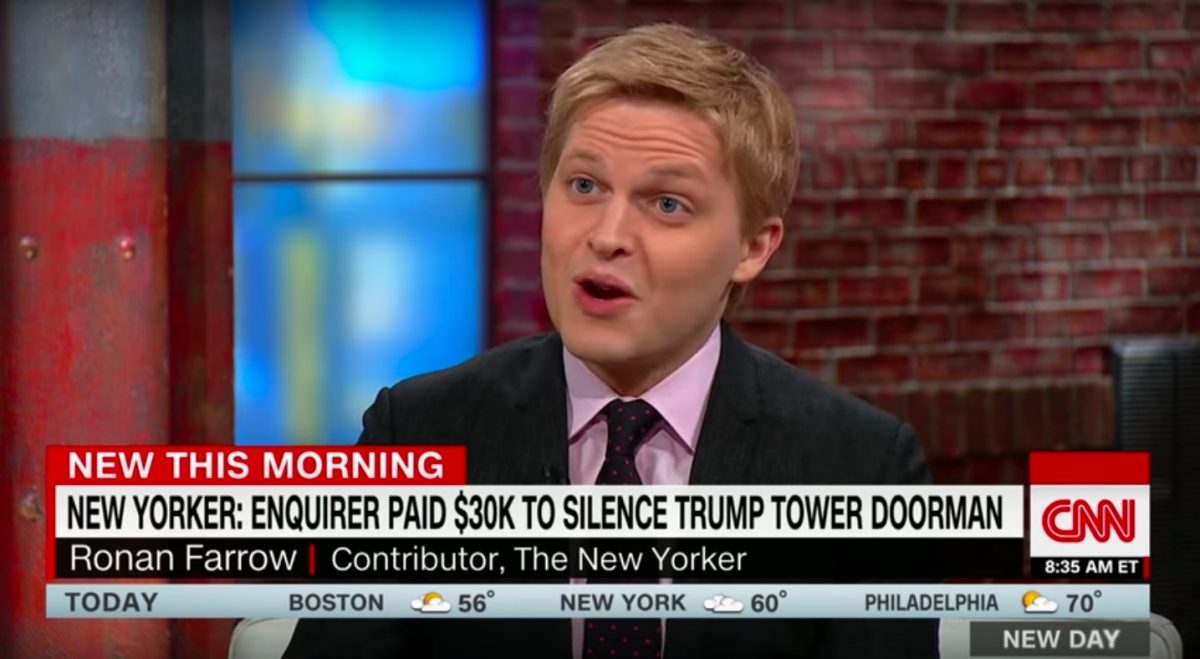 One of the many narratives of the 2016 presidential campaign in which the news media missed the big picture was the important role played by the National Enquirer.

Yes, there was some focus on why Donald Trump kept citing the tabloid while it consistently criticized his electoral rivals (most infamously, Ted Cruz and his father), but almost nothing about the problematic nature of a potential president having such a cozy relationship with a publication that is not remotely a “normal” media outlet.

That has suddenly changed, quite belatedly, based on recent events. We have learned, via the raid of Trump’s lawyer Michael Cohen, that the special counsel’s Russia investigation apparently is interested in evidence related to the relationship between Trump and the very popular super-market rag. We also now know that the Enquirer engaged in at least TWO “catch and kill” operations where, during the campaign,  they paid people with negative information about Trump, only to then make sure the stories never got published.

The first of these “catch and kill” stories was that of Playboy model Karen McDougal’s apparent affair with Trump, an episode which I have argued, largely because of the National Enquirer connection, is far more significant that the much over-hyped Stormy Daniels saga. The second one, which just came out yesterday, is perhaps even more stunning and, if true, scandalous.

That story deals with a former Trump Tower doorman being paid $30,000 by the tabloid for the story he was told by people in the Trump Organization that he should be protective of a former housekeeper because Trump had fathered a child with her. The doorman, who passed a lie detector test, even confirmed the details in a statement he released after multiple media outlets broke the story.

First, let’s take a moment to ponder just how utterly crazy things have gotten in the Trump presidency when a credible story indicating that the president of the United States may have had a love child with a an employee is not even remotely the biggest story of the day, and probably much less than half of the population is well informed about it. There may be no greater proof of the impact of how we have all been dangerously desensitized over the past two and a half years than that doozy of a fact.

Now to be clear, contrary to the way some media outlets have portrayed the allegation, it appears the former doorman has no direct knowledge that what he was told is actually true, rather only that he heard that it was. On the other hand, if he is telling the truth about what he was told—and there are at least 30,000 reasons to believe that he is—then it is difficult to understand how that could happen without it being true.

While it is very odd that the media outlets who investigated this could find no evidence that such a child exists, why would the National Enquirer pay him $30,000 for a story that they thought was totally false and which they never ran? While $30,000 doesn’t seem like that much for such a potentially huge story (the exact type of which the Enquirer famously broke on former presidential candidate John Edwards) you have to remember that he didn’t even have direct knowledge or proof the story was real.

$30,000 is a lot of money for such a relatively minor source — and is perfectly consistent with the tabloid believing that the story is indeed true. Plus, there is the added element that, given the incredibly close relationship between Trump and the magazine, it is highly likely that Cohen would have been consulted on whether paying the doorman was even necessary. Clearly there was never an indication given from Team Trump that it was not.

Regardless of whether there really is a Trump “love child,” this story is still extremely appalling and problematic. You could even argue that Trump’s relationship with the National Enquirer might be just as troublesome as his campaign’s alleged interaction with Russia.

To have the president of the United States compromised by, or beholden to, anyone with both power and nefarious intent is obviously as dangerous as it gets. We don’t know yet if that precarious situation has ever existed with Russia, but we do now know that it has with the National Enquirer.

If the Enquirer was a legitimate media outlet which operated under some semblance of journalistic ethics, this might not be such a potentially catastrophic situation. But we are essentially talking about an organization which operates very much like an organized crime syndicate. When they have leverage over you, they expect you to do favors for them, and, if you don’t, then they are more than willing and able to punish you.

I have been very surprised that more people have not connected what happened to Tiger Woods and the National Enquirer with what could easily happen (and maybe already has) with President Trump. At the height of his powers and before his sex scandal finally exploded in late 2009, Woods was blackmailed into posing for the cover of one of the Enquirer’s sister magazines (which was VERY much against his protocol) after the National Enquirer had found proof of one of his affairs.

Interestingly, it was the Enquirer that ended up breaking the story of another of Tiger’s affairs just two years later, sparking events which would end Woods’ marriage and shatter his historic career. I am personally convinced, based on how the Enquirer supposedly found out about the 2009 affair, that the whole thing was an obvious set up between the mistress and the tabloid.

These are not good people. They are the same people who took down Tiger Woods. They could easily do the same thing with Trump, or, they could force him to give up information on other important people.

This is clearly not a situation you want your president involved in to even the slightest degree. This is also a prime reason why Donald Trump should never have been allowed anywhere near the Oval Office.