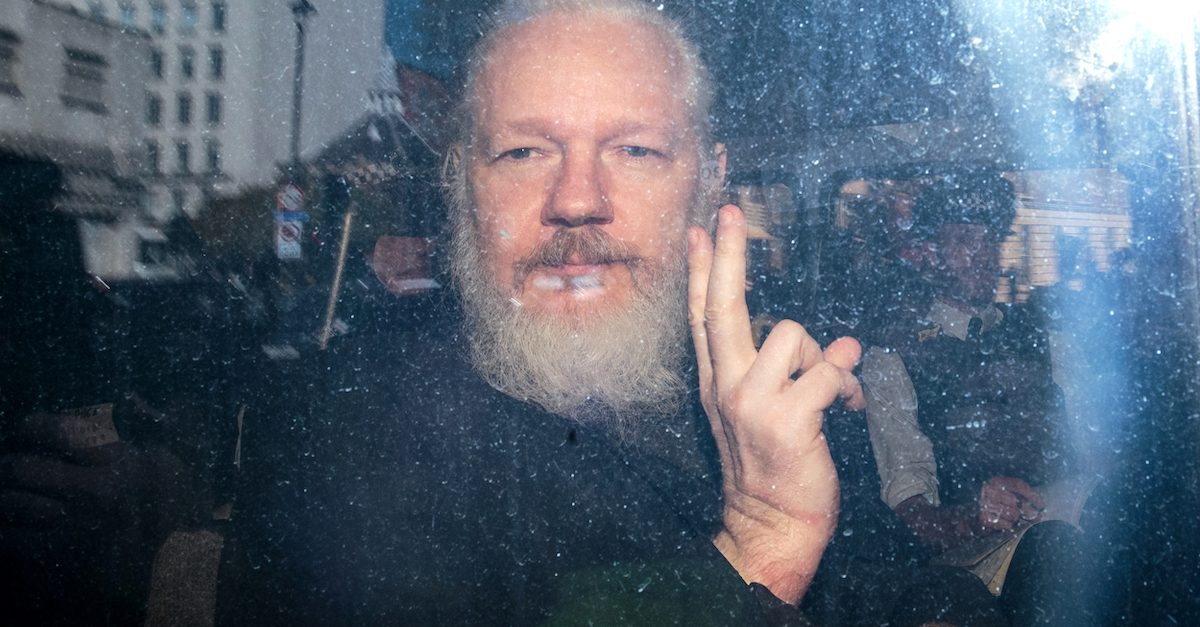 Ecuador only agreed to revoke Julian Assange‘s asylum after the United States agreed not to seek the death penalty, according to an ABC report.

Citing multiple sources, ABC reports that Assange had become a nuisance to his hosts costing over $30,000 a month to keep him there.

He was also taking up too much room in the small diplomatic space. So, they wanted him out.

“They were over him, he was a big nuisance,” one senior U.S. official was quoted as saying by ABC News. “They were saying ‘This is too much. How do we get him out?’”

However, they wanted to make sure that he wouldn’t be extradited to a country where he may face the death penalty first.

Back in March 2018, Ecuador made its first contact with UK officials to make sure Assange’s would not face execution. Six months ago, they reached out for the first time to the United States.

Deputy Attorney General Rod Rosenstein consented to not seek the death penalty in the Assange case, which allowed U.S. Ambassador to Germany, Richard Grenell, to make a “verbal pledge” to Ecuadorian authorities.

That was enough and Ecuador revoked Assange’s asylum.

The most likely charges carrying a possible federal sentence of death are treason and espionage. It is unclear if Assange will — or ever was likely to — face those specific charges.