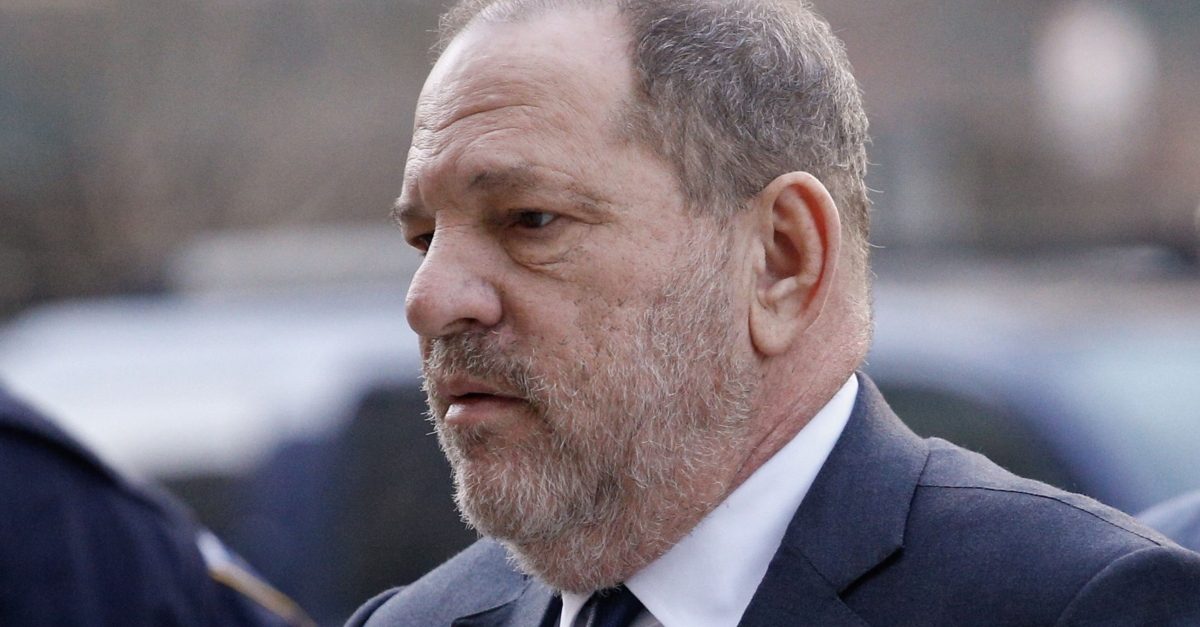 Disgraced Hollywood titan Harvey Weinstein’s sex-crimes case in Manhattan has been delayed until January 2020 after he appeared in court on Monday to plead not guilty to a new grand jury indictment.

The case, which was brought by Manhattan District Attorney Cy Vance and was previously slated to begin in two weeks, includes accusations by two women dating back to incidents in 2006 and 2013; their allegations have amounted to five charges against the movie producer for rape, assault, rape and “predatory sexual assault.” Weinstein, who reported to the New York courthouse in a black suit while handcuffed, snubbed shouted questions from reporters as he and his team expeditiously left the building after the plea, according to the Associated Press. No additional charges were brought against Weinstein and he was released after making his $1 million bail.

The Manhattan District Attorney’s Office issued the new indictment to allow the grand jury to look over testimony from another accuser, Sopranos actor Annabella Sciorra, whose allegations of rape against Weinstein date back to the 1990s. Sciorra has not taken the stand in the grand jury proceedings, leading Judge James Burke to bar her testimony from the case at this point.

“This action by the prosecutor bespeaks the desperation that has engulfed their case,” the lawyers said in a statement to USA Today. “We have reached the point where one must be concerned that these desperate measures indicate more of a focus on obtaining a conviction at all costs than on seeking justice.”

Aidala also believes the charges of predatory assault will not stand:

“The most serious charge is predatory sexual assault and in order to prove that prosecutors have to prove that it was done on at least two occasions. If you have two complainants (at trial) and the jury believes only one, then they’ve failed to prove predatory assault … [Sciorra is] their ‘insurance’ witness.”

Sciorra’s testimony is still expected to be entered into the case, as Assistant District Attorney Joan Illuzzi-Orbon informed Judge Burke this month that she plans to present the actor’s testimony before the grand jury, despite the allegations being too dated to fall within New York’s statute of limitations.

Since reports about Weinstein’s sexual abuse were first published in late 2017, approximately 70 women have come forward to accuse the entertainment mogul of various levels of sexual misconduct and rape.