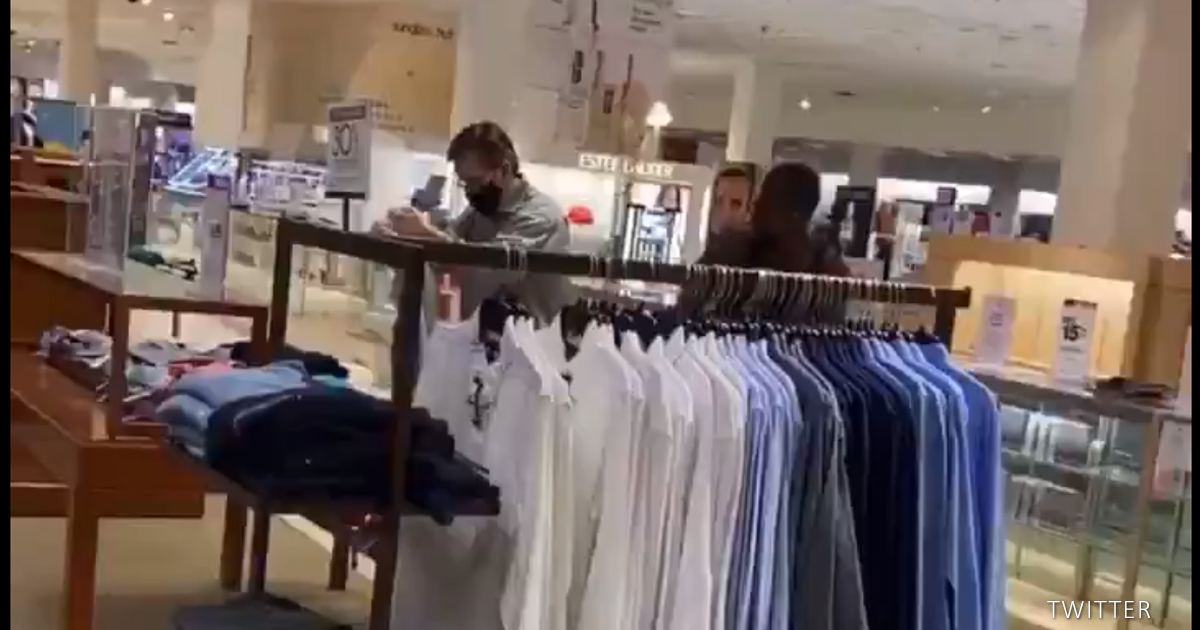 President Donald Trump tweeted a video clip that shows an African-American man beating up a white gentleman in what appears to be a department store. The video clip is violent, short, and presented with very little context, and Trump simply asked “Looks what’s going on here. Where are the protesters? Was this man arrested?”

The source tweet came from Tariq Nasheed, who perhaps ironically calls himself the “the world’s #1 Race Baiter” and says that he “bait[s] racists & expose them-get involved with our fight for justice.” Nasheed claims in the source video that “man at a store in #Flint allegedly referred to a Black man in the store as a “n***er” while talking on the #phone. The Black man overheard him, then things went left.”

This was presented by conservative personality Matt Walsh,  who baselessly claimed a “Macy’s employee” was beaten “because of his race and then slandered him by claiming he said the n-word, which was a lie,”: which was quote-tweeted by Trump:

Looks what’s going on here. Where are the protesters? Was this man arrested? https://t.co/2E1UbU5vNN

The video of random black on white violence is certain to draw controversy as the nation goes through a reckoning on race relations as a result of unarmed people of color being killed by an overly aggressive police force, many of whom suffered very little accountability until public outrage and civil unrest spread worldwide.  President Trump is literally, and some would say quite irresponsibly, bringing attention to a poorly contexted video clip of a black man violent angry with a white man, punching him over some controversy.

The promotion of this sort of interracial, confusing and violent attack, without any context, and with what seems purposely naive questions, will certainly be amplified by both Trump’s base of voters, his media surrogates, and frankly, racists who will see this as an example of the specious claim of “reverse racism” which neglects centuries of prejudice, cruelty and naked injustice throughout many parts of society.