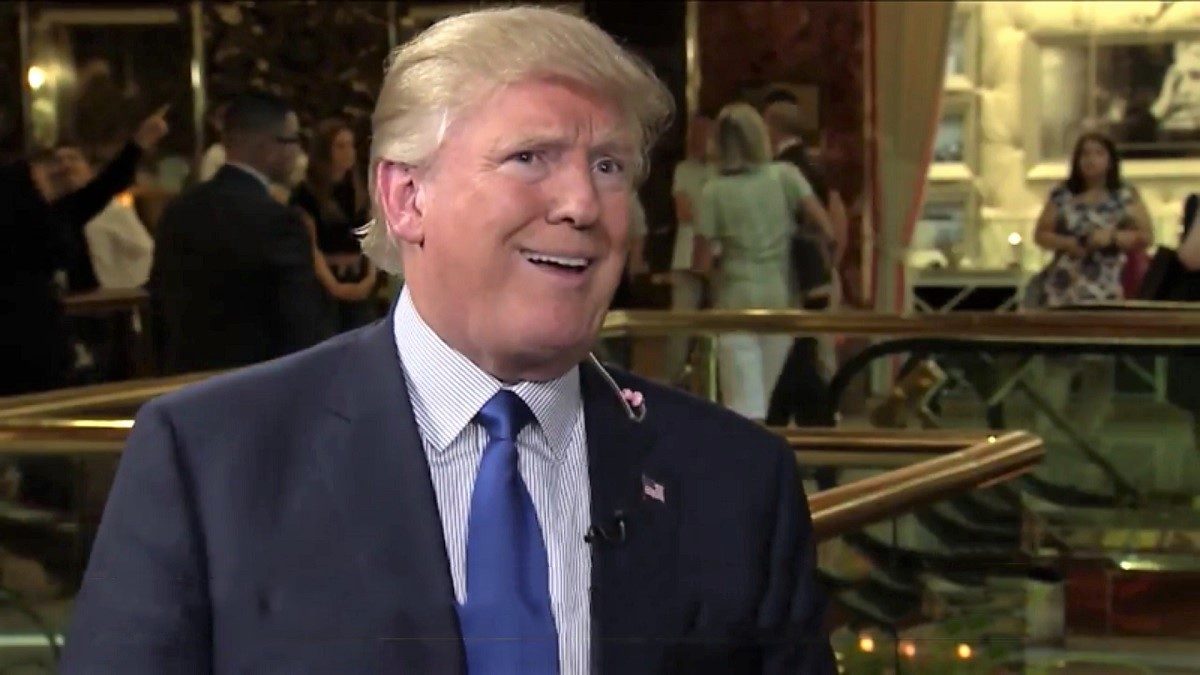 On Saturday, Twitter slammed President Donald Trump for an apparent reference to the Trail of Tears in a tweet mocking Sen. Elizabeth Warren.

“Today Elizabeth Warren, sometimes referred to by me as Pocahontas, joined the race for President. Will she run as our first Native American presidential candidate, or has she decided that after 32 years, this is not playing so well anymore?” Trump wrote.

He then added this line: “See you on the campaign TRAIL, Liz!”

Today Elizabeth Warren, sometimes referred to by me as Pocahontas, joined the race for President. Will she run as our first Native American presidential candidate, or has she decided that after 32 years, this is not playing so well anymore? See you on the campaign TRAIL, Liz!

Twitter quickly slammed Trump for making an insensitive joke referencing a painful time in American history, the forced relocation of Native American tribes, known as the Trail of Tears.

Some noted that the president openly admires Andrew Jackson — who made the removal of Native Americans from their land a top legislative priority — so he likely knew exactly what he was doing when he wrote in all-caps “TRAIL.”

The joke here is that the Trail of Tears was a genocide. Get it? Get it? https://t.co/6wC5uwKnTa

He knows EXACTLY what he's saying when he "jokes" about the Trail of Tears. https://t.co/LqrEjd9cS1

Thousands of Native Americans died on the Trail of Tears, which Trump appears to be jokingly referencing here https://t.co/zfM6SSUxCs

Elizabeth Warren, like many white people from Oklahoma, held onto this family tale that she was part Native American. She apologized.

Trump idolizes Andrew Jackson, is destroying native land and just made a joke about the Trail of Tears. https://t.co/3mzljx5Fdg

Republicans are totally uninterested in the nuanced debates about Warren's ancestry, as long as it means they get to use casual racist slurs against her https://t.co/9TwTu4o8Vx

4000 Native Americans died on the Trail of Tears due to forced relocations under the Andrew Jackson administration. Trump decided to honor Navajo code talker vets in front of Andrew "Indian Killer" Jackson's portrait last year because of course. Now this… https://t.co/XbXGnlRS5J

Just another racial flare up. https://t.co/XbXGnlRS5J

The emphasized "TRAIL" refers to the Trail of Tears in which Native Americans were FORCED to march 1,000 miles to "Indian Territory." Their homes were looted by brutal colonizers and those same people watched thousands of them drop dead during the march. https://t.co/XqdlRMbmBp

TRAIL as in Trail of Tears? You vile racist! https://t.co/PDkUfwVKyF

I mean in addition to how awful this tweet is in general…is Trump making light of the Trail of Tears here? Because if so, that is sick. https://t.co/y0vUIQbPsW

Trump’s eldest son, however, had quite a different take on the whole thing.

“Savage!!! Love my President,” Donald Trump Jr. wrote on Instagram, including a screenshot of his father’s tweet, along with Michael Malice’s commentary.