Here Are the Many, Many Times Chris Christie Mocked and Attacked Donald Trump
But I'm sure he's acting on principle

Here Are the Many, Many Times Chris Christie Mocked and Attacked Donald Trump 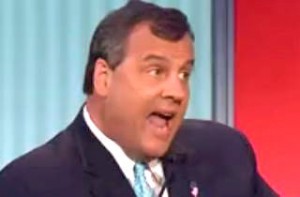 Chris Christie endorsed Donald Trump Friday, a man he previously said was a childish whiner who couldn’t be president, believed in ridiculous and dangerous ideas, and would hand the White House to the Democrats.

Chris Christie: Donald Trump Doesn’t Have the ‘Temperament’ to be President

“Donald’s a great guy and a good person. But I just don’t think that he’s suited to be president of the United States,” he told Fox News host Greta Van Susteren… He added: “I don’t think his temperament is suited for that and I don’t think his experience is.”

Briefly slipping into an impression of Mr. Trump — “We’re stupid,” he deadpanned in a throaty baritone — Mr. Christie said he empathized with voters who want to “burn Washington down.”

“But who’s going to rebuild it once it gets burned down?” Mr. Christie said. “That’s what you’ve got to think about.”

By nominating the wrong candidate, he continued, “We could wind up turning over the White House to Hillary Clinton for four more years.”

That prospect, he said, would be “like the eight years we’ve just had, except worse.”

“We do not need to endorse that type of activity, nor should we,” Christie said of the proposal by his Republican presidential rival during an appearance on conservative talk radio host Michael Medved’s show. “You do not need to be banning Muslims from the country. That’s, in my view, that’s a ridiculous position and one that won’t even be productive.”

“Things don’t always go your way,” Christie told Sean Hannity in a clip circulated by the New Jersey governor’s campaign on Thursday. “You remember. I got sent down to the undercard debate by Fox News. I didn’t think it was fair. But I didn’t whine and moan and complain and walk away. I went to the debate. I argued my points.”

“He sits in his jammies in Trump Tower and phones in. You guys don’t let any of the rest of us do that,” Christie told Hannity, adding “I’m not picking on him. It’s the truth.”

“Showtime is over. We are not electing an entertainer-in-chief. Showmanship is fun, but it is not the kind of leadership that will truly change America.”

Christie Slams Trump’s Handling of Obama-Muslim Question: I Wouldn’t Have Permitted That

“I would correct them and I would say, ‘The President’s a Christian and he was born in this country.’ Those two things are self-evident,” Christie said. “Donald Trump’s got to decide, as we’ve seen, I’ve said this all along. He’s got to decide how serious a candidate he wants to be, and how he handles different problems like this are going to determine that.”

“While I’m as entertained as anyone by this personal back-and-forth about the history of Donald and Carly’s career, the 55-year-old construction worker out in that audience tonight who doesn’t have a job… they could care less about their careers. They care about theirs.”

Chris Christie: ‘Nobody in the Real World’ Cares About Donald Trump