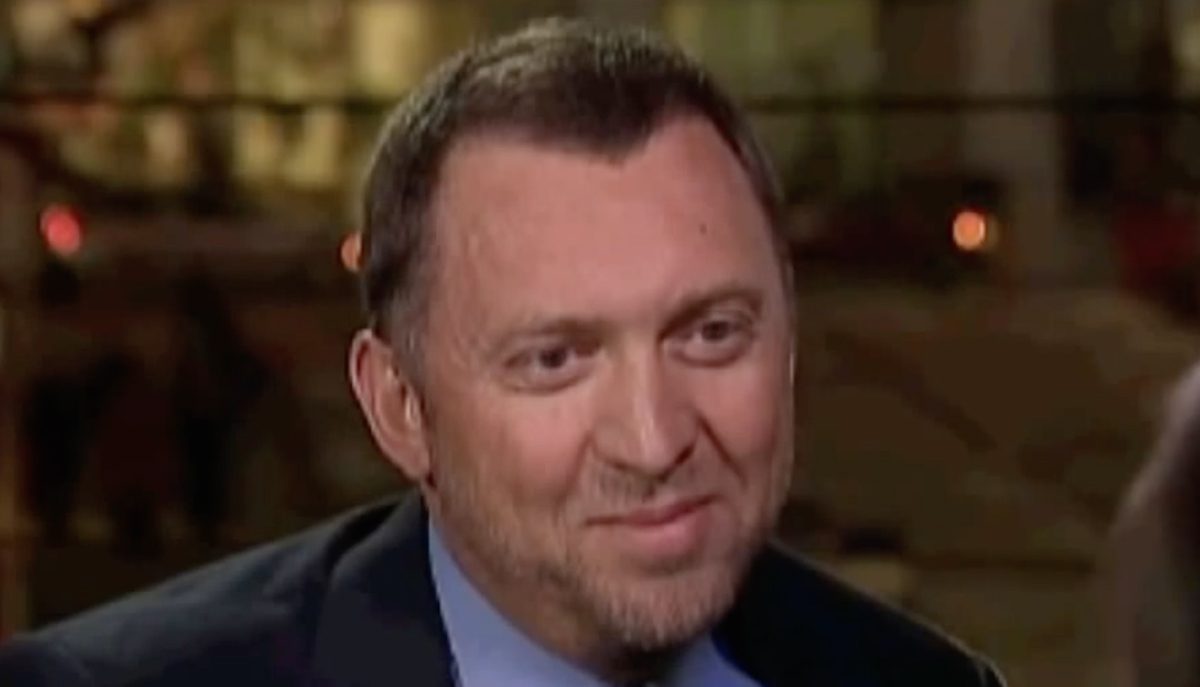 The column, titled “The Ever-Changing ‘Russia Narrative’ In American Politics Is Cynically False Public Manipulation,” likens the investigation to the satirical film Wag the Dog, which chronicled the invention of a fake war.

“The ever-changing ‘Russia narrative’ in American politics is today’s Wag the Dog scenario. Technology and the disintegration of evidence-based journalism permit a surprisingly small number of individuals to destroy bilateral or multilateral relations,” he wrote. “Their motivation in shifting from an inconvenient reality into their desired reality is power and military-industrial commercial interests.”

Derispaska went on to allege he is “personally familiar” with members of the right’s latest bogeyman, the “deep state.”

“Unfortunately, I am personally familiar with this group. Before they moved to their current, bigger ambitions of reversing the U.S. presidential election results, they scurrilously attacked me and others from the shadows for two decades,” he wrote, before attempting to tie together actions made by Fusion GPS founder Glenn Simpson, Donna Brazile and, of course, George Soros, in a narrative thread that should be familiar to any avid viewer of Sean Hannity.

Derispaska’s bio on the site simply says he is the “founder of UC Rusal, a large Russian aluminum company” and fails to mention his many scandals, which include, among others, a sex worker filmed cavorting on one of his yachts after claiming to have dirt on President Trump and an alleged connection to famed dossier writer Christopher Steele.

Additionally, Derispaska has taken up Trump’s clarion call of referring to anything he doesn’t agree with as “fake news,” as seen in this CNN clip, in which reporters are comically frozen out by the Russian billionaire.

As of this writing, the op-ed is being featured prominently on the site’s splash page. The Daily Caller was founded by pundit Tucker Carlson, but he stepped down as editor-in-chief back in Nov. 2016 and stated he would not be involved in its day-to-day operations. He maintains his ownership stake in the company.