AOC Hammers Biden in Candid Interview: It’s a ‘Big Problem’ When You Talk About Segregationists in ‘Glowing Terms’ 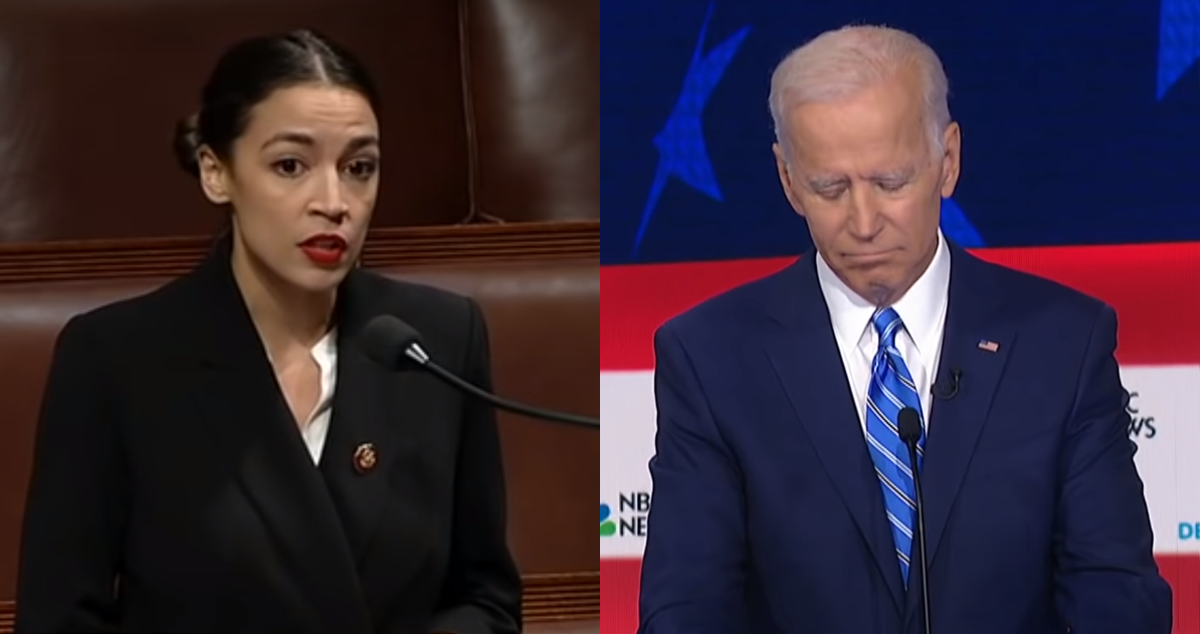 Thus far, Rep. Alexandria Ocasio-Cortez (D-NY) has kept mum on who she plans to endorse in the 2020 Democratic primary. But based upon a new interview, it seems a pretty safe bet that the freshman representative won’t be backing former Vice President Joe Biden.

In a candid sit-down with New Yorker editor David Remnick for the New Yorker Radio Hour, Ocasio-Cortez absolutely hammered the former vice president on several issues. During a discussion about septuagenarian candidates Biden and Bernie Sanders, the congresswoman said, “I think that, when it comes to age, I think age gets used as a proxy for capacity. And so I think there are some folks that are of a certain age where you can kind of question their capacity.”

When asked for an example, Ocasio-Cortez cited President Donald Trump — saying that she believes the commander-in-chief is not “all there.” Remnick then asked about Biden.

“I think Joe Biden, his performance on the stage kind of raised some questions with respect to that,” Ocasio-Cortez said.

Remnick then asked Ocasio-Cortez to elaborate on why Biden is “not there” for her. The congresswoman replied by referencing Biden trumpeting his ability to work with segregationist senators.

“[W]hen you are struggling to talk about segregationists, and you err on the side of discussing them in glowing terms, that is a big problem. I think struggling in talking about women’s rights is a big issue. Struggling to convey respect for women in this day and age is a big issue, I think those are systemic issues. Like, those are very deep. Those are not gaffes. They are problems. And so it’s before you even get to, where are you on public college and where are you on a living wage, I think, just, like, where are you on understanding the people that live in this country?”

Ocasio-Cortez went on to say that Biden’s failure to apologize set off alarm bells for her.

“[I]f you don’t know how to apologize for praising segregationists, then that’s a red flag already, because I think people are very forgiving on that,” she said. “I think people understand that over the course of a career, as the country evolves, our politics will evolve.

“But if we approach past mistakes with defensiveness, then that, I think, is indicative of a problem. Because if you’re defending a past position that the country has moved on from, then it calls into question your judgment for the present.”

Read and listen to the full interview here.