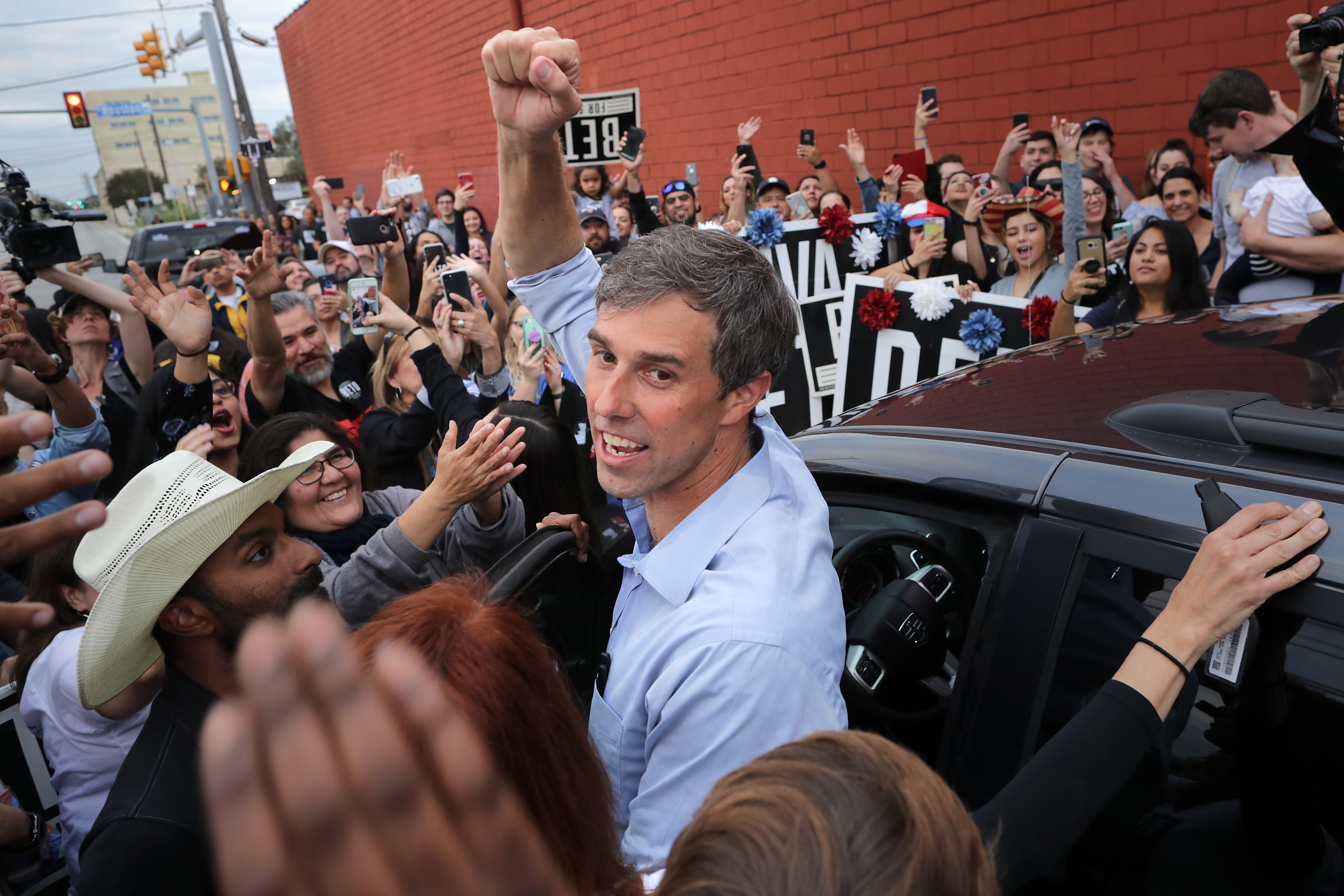 A Benedict College campus police officer asked Breitbart reporter Joel Pollak to leave the event on behalf of O’Rourke’s team. Pollak said an O’Rourke staffer informed him he was being asked to leave because he had been “disruptive” at past events.

Pollak claimed he had covered two previous O’Rourke events and never caused a disturbance. During a press spray Monday, the reporter said he had accused O’Rourke of misrepresenting President Donald Trump’s comments in Charlottesville and asked this “was consistent with O’Rourke’s pledge to ‘heal’ and not ‘inflame’ divisions in this country.”

“Whether it’s dedicating an entire section of their website to “black crime,” inferring that immigrants are terrorists, or using derogatory terms to refer to LGBTQ people, Breitbart News walks the line between being news and being perpetrators of hate speech,” said O’Rourke’s press secretary Aleigha Cavalier. “Given this particular Breitbart employee’s previous hateful reporting and the sensitivity of the topics being discussed with students at an HBCU, a campaign staffer made the call to ask him to leave to ensure that the students attending the event felt comfortable and safe while sharing their experiences as young people of color.”

A Breitbart spokesperson told Mediaite, “The false accusation that Breitbart is racist, or that its award winning reporter – an Orthodox Jew, married to a black woman who serves in the military – is either racist or would make anyone at a black university uncomfortable is absurd,” in response to Cavalier. “The irony of Mr. O’Rourke – who has stated himself that he is the beneficiary of “white privilege” – purporting to decide for black students who should be banned from events that are open to the press, or what they should feel, is not lost on us.”

Responses were pretty mixed on whether this was the right call by Team Beto:

If this account is accurate, it’s a pretty weak move by Team Beto. https://t.co/zdjtvLcLvN

No justification for @BetoORourke booting @BreitbartNews‘ @joelpollak out of his campaign event today. Outrageous and an actual example of someone stifling freedom of the press and the 1st amendment. https://t.co/LEcSbmphvG

a tip for serious reporters performatively objecting to the O’Rourke campaign ejecting the Breitbart guy: it doesn’t impress anybody you think it does. you’re not winning points

To be clear, Breitbart and the reporter involved are THRILLED this happened. The alternative was a boring story that no one read. I’m amazed Breitbart is even bothering to cover Beto O’Rourke. #EveryoneWins https://t.co/V00BBaT16d

… if you can’t handle Breitbart how can you handle Putin, Xi https://t.co/5L2VX6KgZS

1. Tried to bribe the attorney of one of Roy Moore’s accusers in an effort to discredit her

2. Had white nationalists contribute & edit pieces, but hid their involvement

Breitbart is not a legit news organization and Beto O’Rourke was correct to give them the boot from his campaign event.