Biden Says He Would Consider a Republican Running Mate
video 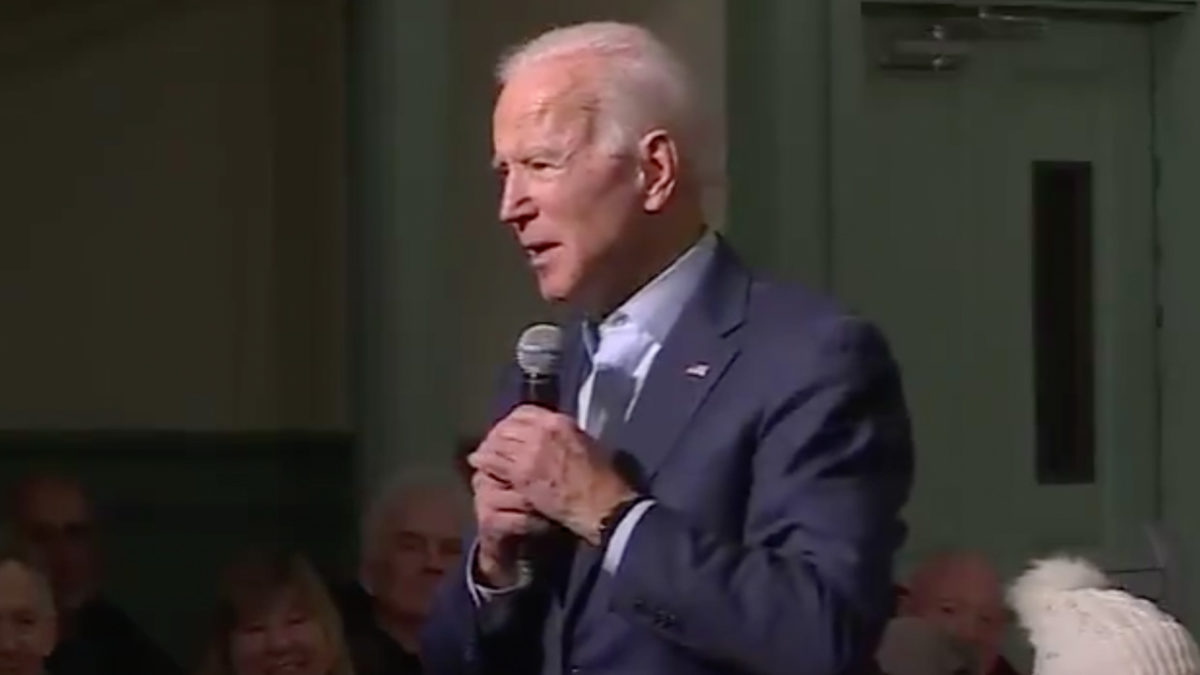 During a campaign event in New Hampshire today, Joe Biden was asked if he would consider a Republican running mate.

The idea of a “unity ticket” has been floated before, including one idea late last year for a Biden-Mitt Romney 2020 ticket against President Donald Trump.

Joe Biden on whether he’d consider picking a GOP running mate: “The answer is I would but I can’t think of one now.” pic.twitter.com/4mGIIAwMR1

In response to the question today, Biden said, “I would but I can’t think of one now.”

“There’s some really decent Republicans that are out there still, but here’s the problem right now,” he continued. “They’ve gotta step up.”

Biden said there’s enough qualified nominees to choose from but would want someone who’s on the same page strategically.

Watch above, via The Hill.