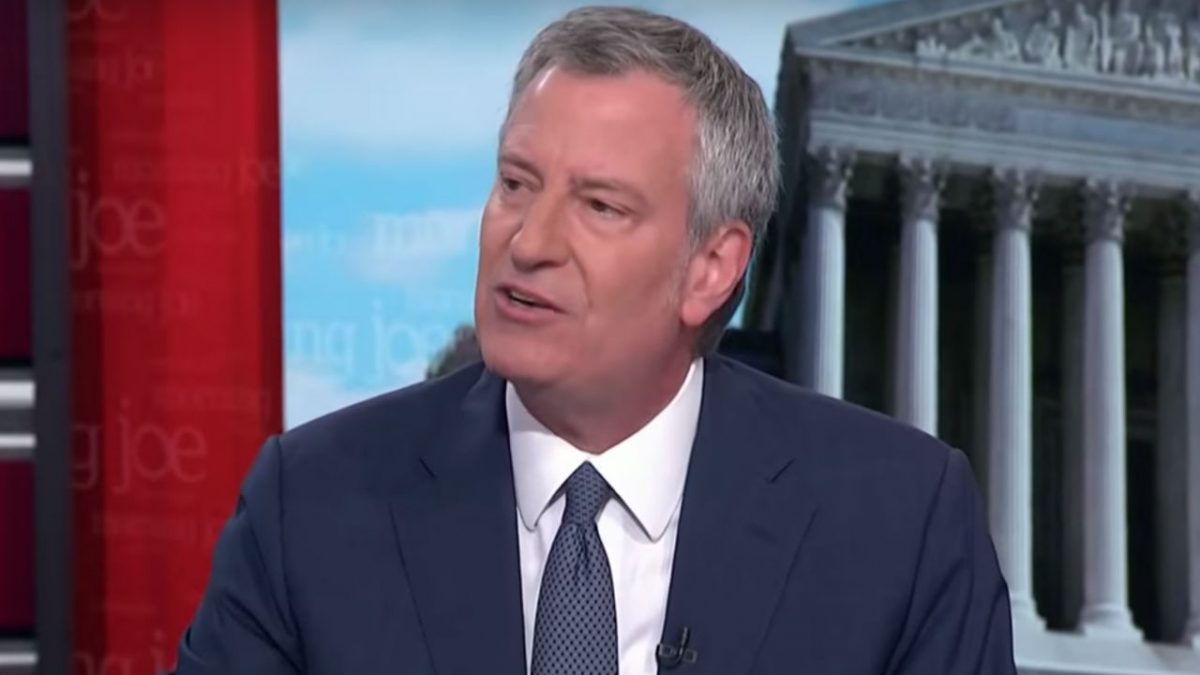 New York Mayor Bill de Blasio, coming off a surprisingly good night at the Democratic debate on Wednesday, may have squandered any momentum he’d generated by quoting Che Guevara at a rally in Miami.

The New York mayor shouted “Hasta la victoria siempre!” to a crowd of striking Miami airport workers Thursday. The phrase translates to “Until victory, always!” and was frequently employed during the 1959 Cuban Revolution.

A number of Miami residents are refugees from the revolution that installed Fidel Castro as the leader of Cuba.

It is unacceptable to quote a murderer like Che Guevara, especially in Miami, where so many people have suffered as a result of his brutality. The @iflyMIA workers protesting for better conditions deserve our strong support, but their efforts should never be tied to that murderer https://t.co/VBsGcudToA

Shalala said “it is unacceptable to quote a murderer like Che Guevara, especially in Miami.”

A number of other observers also attacked de Blasio’s lack of awareness in quoting Guevara in Miami.

So @BilldeBlasio comes to Miami and quotes … Che Guevara https://t.co/IteYcIjhBL

Bill DeBlasio went to a rally at the #Miami airport today & ended his speech by quoting from the murderous Che Guevara’s farewell letter to Fidel Castro.

But how dare anyone call him or any democrat candidate a socialist. https://t.co/IjIOTSI9GV

In case there was any doubt about the Democrats running for President embracing socialism, @BilldeBlasio is in Miami quoting…Che Guevara.

You can’t make this up. https://t.co/y0Z7bfKgbC

“Does he really know who Che Guevara was?” asked Félix Rodríguez, a Bay of Pigs veteran who helped the Bolivian army capture Guevara. “I don’t think so. If he does, he’s a f****ing a**hole.”https://t.co/n6mf0I2T80

Aide: Alright, so there’s this thing about Miami.

Bill de Blasio: Don’t worry I got this

BdB: Chill out, the workers get me

Bill de Blasio thought it would be a good idea to fire up a Miami rally crowd today with a Che Guevara quote https://t.co/i3F2wc4RrA

How’s it going for @BilldeBlasio hours after his nationally-televised debate?
“Before giving up the microphone to the next speaker, de Blasio blurted a quote from one of the most hated historical figures throughout Miami: ‘Hasta la victoria siempre!'” https://t.co/b2E83P1D3L

This would be a disaster if de Blasio was running for President and not just touring America on an extended road trip. https://t.co/yx88Vry48y

I did not know the phrase I used in Miami today was associated with Che Guevara & I did not mean to offend anyone who heard it that way. I certainly apologize for not understanding that history. (1/2)

I only meant it as a literal message to the striking airport workers that I believed they would be victorious in their strike- BdB. (2/2)