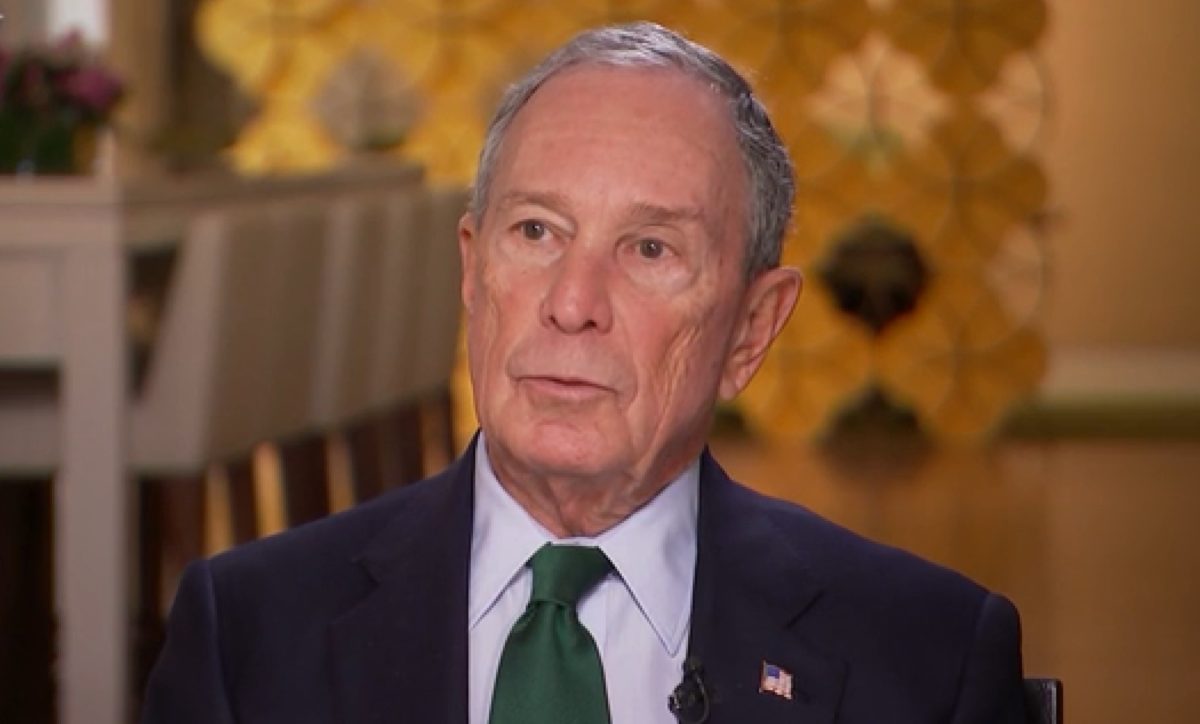 2020 Democratic candidate Michael Bloomberg’s presidential campaign was forced to issue a statement addressing the billionaire’s past sexism on Thursday.

“Mike has come to see that some of what he has said is disrespectful and wrong,” said Stu Loeser, an adviser and spokesperson for Bloomberg’s campaign in a statement to the New York Times. “He believes his words have not always aligned with his values and the way he has led his life.”

While the statement suggests that Bloomberg realized his history of misogyny was “wrong,” the campaign clearly carefully avoided a proper apology.

Bloomberg’s demeaning or outright disturbing comments about women and sexual assault date back decades. In mid-to-late ’90s, four women sued Bloomberg LP for sexual harassment and details that came out of the suit include the billionaire allegedly demanding a woman sales executive “Kill it!” when she announced that she was pregnant. While discussing the same sales executive getting engaged, the lawsuit claimed Bloomberg looked at her engagement ring and said, “What, is the guy dumb and blind? What the hell is he marrying you for?” before asking several days later if she was “still engaged,” adding, “What, is he that good in bed, or did your father pay him off to get rid of you?”

In an incredible argument insisting he did not make sexually inappropriate comments about the sales executive, Bloomberg said in a deposition that he thought the phrase “I’d do her” was a reference to having a friendship with someone, not sex. The suit was settled out of court and Bloomberg claims he passed a lie-detector test proving his innocence, but the supposed test results were never released.

In a late ’90s lawsuit over Bloomberg LP’s sexist work culture, a woman employee claimed she had been raped by her superior, but in a deposition, Bloomberg suggested that she was lying by saying that the only time he believes rape accusations are when there’s “an unimpeachable third-party witness” vouching for the victim. The suit accused Bloomberg of using phrases like, “I’d do that piece of meat” and “I’d do her in a second;” the billionaire took issue with just one part of those comments, saying, “I don’t recall ever using the term ‘meat’ at all.” A Village Voice report from 2001 suggested that Bloomberg may have quietly settled the suit out of court with the woman, like he did in the lawsuit years previous.

In a book from the early ’90s — titled, The Portable Bloomberg: The Wit and Wisdom of Michael Bloomberg — written by Bloomberg LP staffers to canonize some of their boss’s most memorable quotes, the lines “If women wanted to be appreciated for their brains, they’d go to the library instead of to Bloomingdale’s” and “I know for a fact that any self-respecting woman who walks past a construction site and doesn’t get a whistle will turn around and walk past again and again until she does get one” are attributed to the billionaire. When journalist Michael Wolff wrote about the book, he reached out to former Bloomberg LP executive Elisabeth DeMarse, who confirmed that the quotes were accurate, adding that Bloomberg “was touched” by it because “He loves things that are about himself.”