Elizabeth Warren Fires Back at Sanders: ‘Disappointed’ to Hear Him ‘Sending His Volunteers Out to Trash Me’ 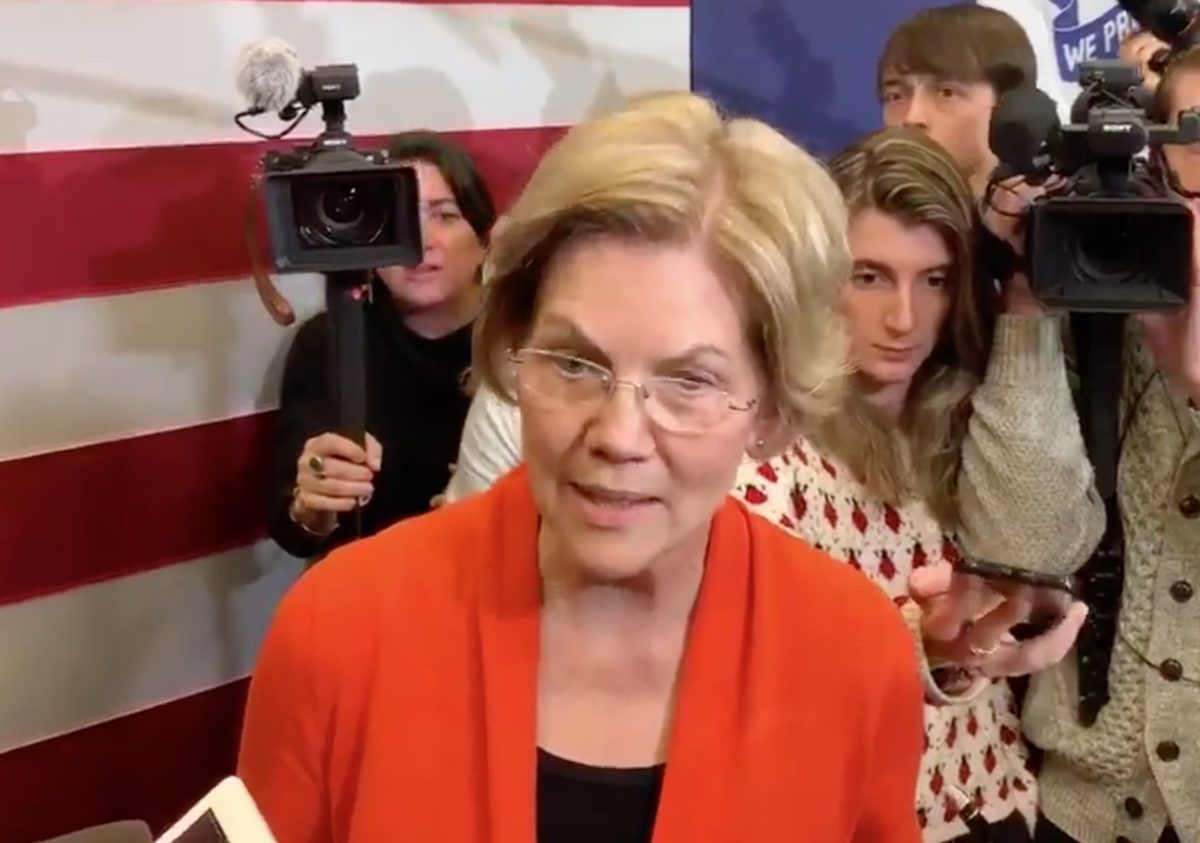 Senator Elizabeth Warren struck back at Bernie Sanders as she reacted to him saying she’s incapable of growing the Democratic field for the 2020 election.

Politico recently obtained a trove of Sanders campaign talking points, among them, the argument that Warren is Sanders’ “second choice,” but she won’t bring new voters into the party.

“I like Elizabeth Warren. [optional]. In fact, she’s my second choice. But here’s my concern about her. The people who support her are highly-educated, more affluent people who are going to show up and vote Democratic no matter what. She’s bringing no new bases into the Democratic Party. We need to turn out disaffected working-class voters if we’re going to defeat Trump.”

When asked on Sunday about these remarks from the Sanders campaign, Warren said she “was disappointed to hear that Bernie is sending his volunteers out to trash me.” She also warned about the “factionalism” that broke Democrats apart in the 2016 election, saying “we can’t nominate someone who takes big chunks of the Democrat coalition for granted.”

Warren hits back: “I was disappointed to hear that Bernie is sending his volunteers out to trash me. Bernie knows me and has known me for a long time…I hope bernie reconsiders and turns his campaign in a different direction.” Also notes the “factionalism” caused by 2016 https://t.co/ER0Vm6sgJS pic.twitter.com/N8prZdeZk9

“We all saw the impact of factionalism in 2016, we can’t have a repeat of that,” Warren said. “Democrats need to unite our party. That means pulling in all parts of the Democrat coalition…We need someone who can bring our party together. I hope Bernie re-considers and turns his campaign in a different direction.”

Bernie: "No one is going to be attacking Elizabeth."

Watch above, via Alex Thompson