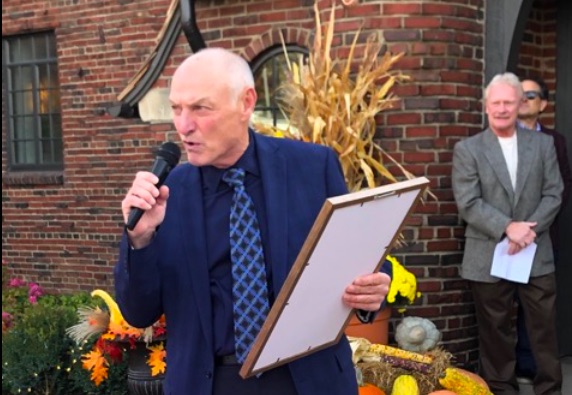 Michigan state Rep. Gary Eisen (R) was denounced by his state’s Republican legislative leadership and had his committee assignments stripped for the rest of the year after he made incendiary comments on a local radio show on Monday.

According to the Detroit Free Press, Eisen was called out by GOP House Speaker Lee Chatfield for intimating he would be participating in a protest that could end up targeting the capitol.

“We have been consistent in our position on issues of violence and intimidation in politics — it is never appropriate and never acceptable,” Chatfield said. Michigan’s Democratic governor, Gretchen Whitmer, was notoriously targeted by an anti-mask extremists earlier this year in a kidnapping-murder plot. “That applies to threats made toward public officials, and it must also apply when the public officials open the door to violent behavior and refuse to condemn it. We must do better.”

On Monday morning, WPHM radio host Paul Miller had conducted in interview with Eisen and, at one point (staring at the 4:30 mark), asked him about the reports of earlier threats aimed at the state capitol, which the legislator seemed to dismiss as a “convenient” excuse to lockdown the building for that day’s Electoral College vote.

“This sounds dangerous, Gary,” Miller said moments later, after Eisen somewhat ominously hinted he would be involved in an upcoming “event” that would soon be “all over the news.”

“I’m concerned about violence today,” the host said. “Can you assure me this is going to be a safe day in Lansing? No one’s going to get hurt?”

“No,” Eisen said matter-of-factly, of the event that he was endorsing, without condemning the prospect of violence. “I don’t know. Because what we’re doing today is uncharted. It hasn’t been done.”