Trump Raising Money for ‘Official Election Defense,’ But Fine Print Reveals Half of It Will Pay Off Campaign Debt 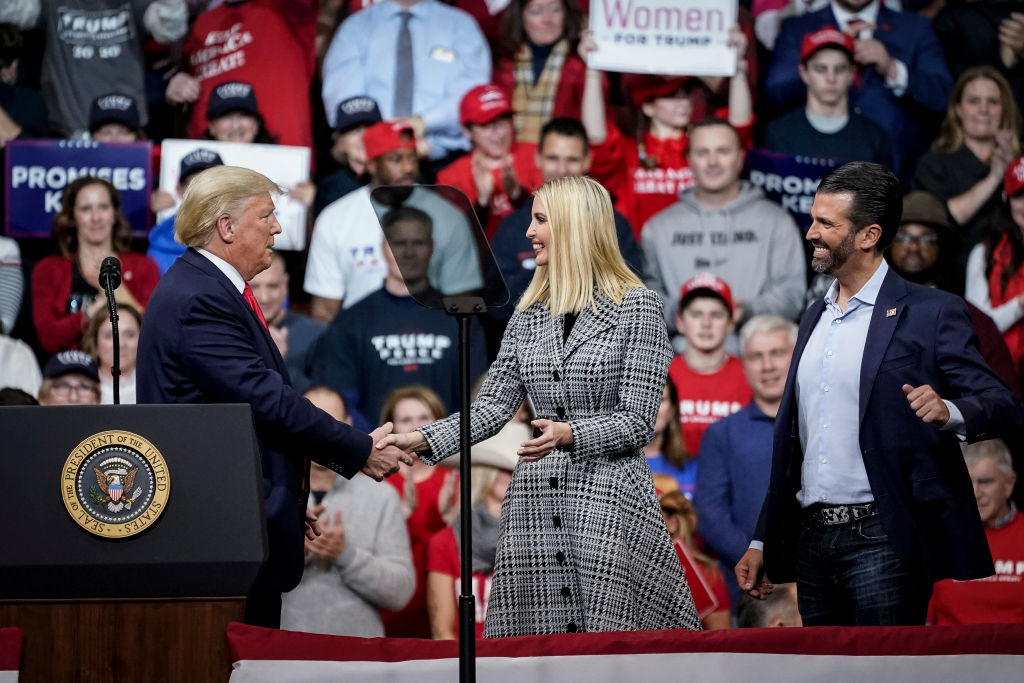 President Donald Trump is sending out appeals to donors for an “Official Election Defense Fund” as the his prospect for re-election dim, but the fine print of the solicitations reveal that half of the money will actually be used to pay off the campaign’s debt.

As a Wall Street Journal story noted, both the Trump campaign and the Republican National Committee began to inundate their donor lists with frantic texts and emails on the day after the Election Day using rhetoric like “We must PROTECT the Election!” Other appeals have been sent under the name of Donald Trump Jr., where he pleads: “My father’s calling on YOU to help bolster our critical Election Defense Fund.”

Other campaign fundraising appeals online include similar, tiny print disclaimers that acknowledge 50 percent of the donations will not be used for recount efforts or legal challenges, but instead will go to vendors or staffers that the campaign has not paid yet. 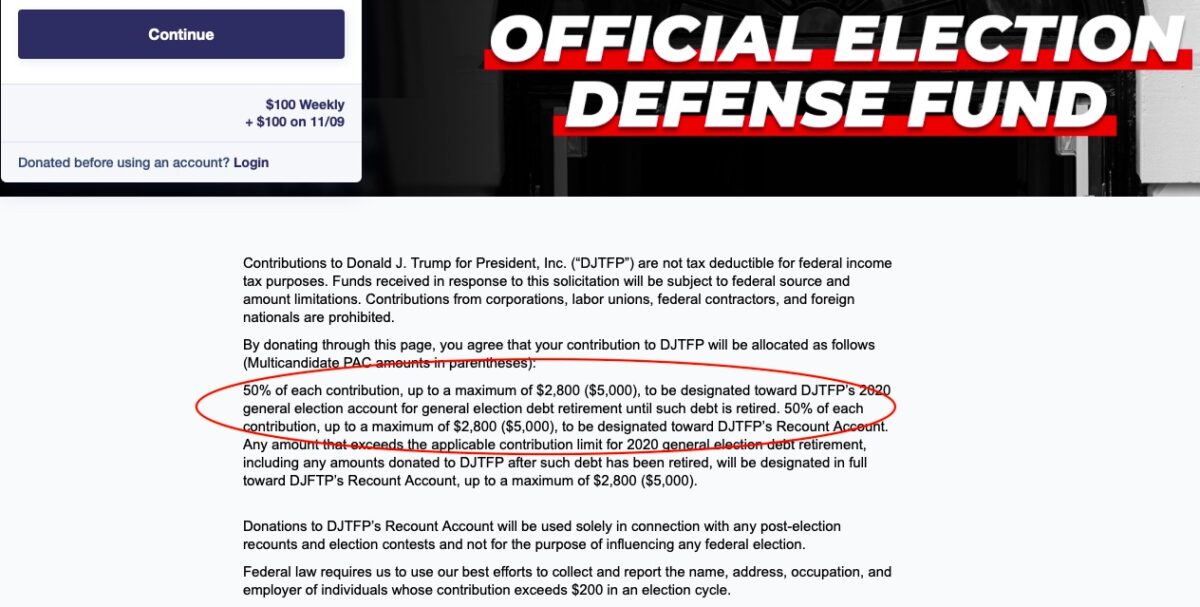 The Trump campaign did not immediately respond to the Journal  when asked about its decision to split off half of its donation for debt retirement.

Other Trump fundraising pitches in recent days ask for help to “protect the integrity of this election” but lead to a donation page for Mr. Trump’s “Make America Great Again” committee. The fine print on those solicitations says 60% of a contribution helps the campaign retire debt and 40% goes to the Republican National Committee.

The Biden campaign has also been sending out fundraising appeals in anticipation of recount fights in tightly-contested states like Georgia and Nevada. However, those solicitations notably do not mention any planned use of the money for paying down campaign’s debts.