Are Blake Shelton and Gwen Stefani Fighting Over Politics? 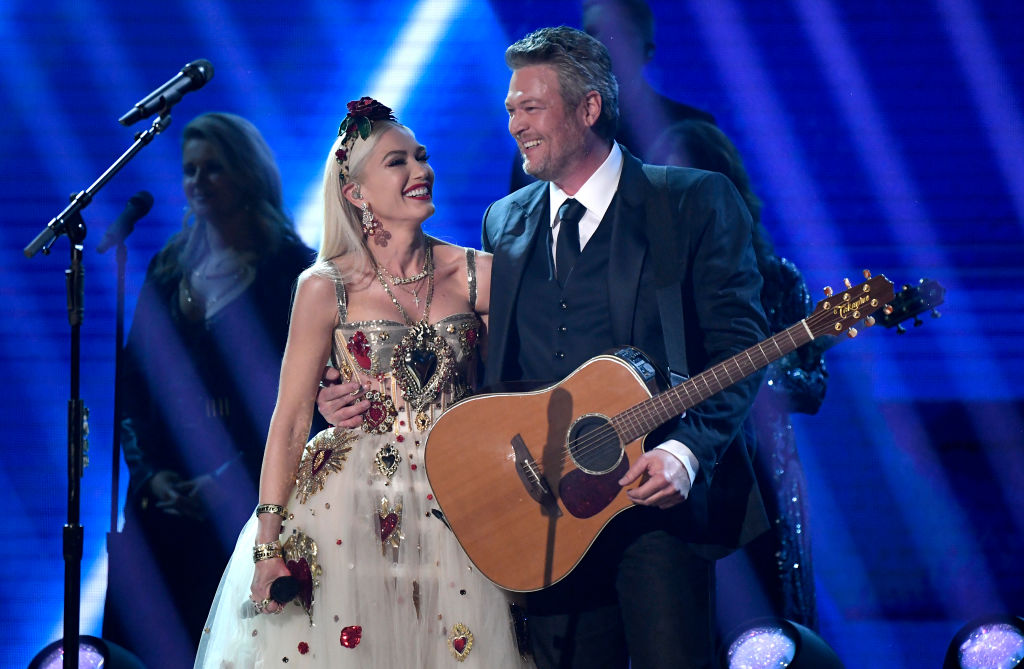 Are Blake Shelton and Gwen Stefani fighting over politics to the point that their relationship is in trouble? That’s the situation according to one of the tabloids.

The National Enquirer is reporting that the country singer and the pop star are being torn apart by their opposing political views. “These two disagree on a lot of things and one of those is politics,” an anonymous source tells the publication. “Blake’s a good ol’ country boy and Gwen’s a cool, L.A. punk rocker.”

“Gwen even hosted an Obama fundraiser at her house in Beverly Hills, but Blake is much more conservative,” adds the unknown insider. “They’re struggling to find common ground and the weeks leading up to the election could rip these two apart!”

It’s interesting the Enquirer mentions that Stefani hosted a fundraiser for President Barack Obama, but fails to mention that both Stefani and Shelton performed at Obama’s final State Dinner at the White House in October 2016. It doesn’t appear that politics was tearing the two apart just one month prior to the divisive election between Donald Trump and Hillary Clinton.

Meanwhile, Shelton set the record straight in November 2017 when rumors emerged that he and Stefani secretly met with former House Speaker Paul Ryan at a restaurant in Oklahoma. The country star was slammed when photos emerged of him interacting with the Republican, prompting Shelton to respond in a tweet that he “bumped to a politician that I’ve never even met before, said hello and took picture (like I would try to do with anyone I meet who asks).” He added, “I don’t do politics no matter WHAT you’ve read about me and how it’s been spun. And THATS the TRUTH from ME.” The country star doesn’t sound like such a die-hard conservative.

Are you kidding me? I don’t do politics no matter WHAT you’ve read about me and how it’s been spun. And THATS the TRUTH from ME. And if you can find it in your heart to hate me for that then so be it. This is out of control…

Additionally, Shelton and Stefani’s Instagram pages are practically shrines to one another, evidence their romance is going strong. One of the country singer’s most recent posts is a video of him and Stefani singing an acoustic version of their new single “Happy Anywhere.” Stefani shared the same post on her Instagram page, which is filled with countless photos and videos of the couple, who have been dating since 2015.

A source close to the couple tells Mediaite that the Enquirer’s report is total nonsense.