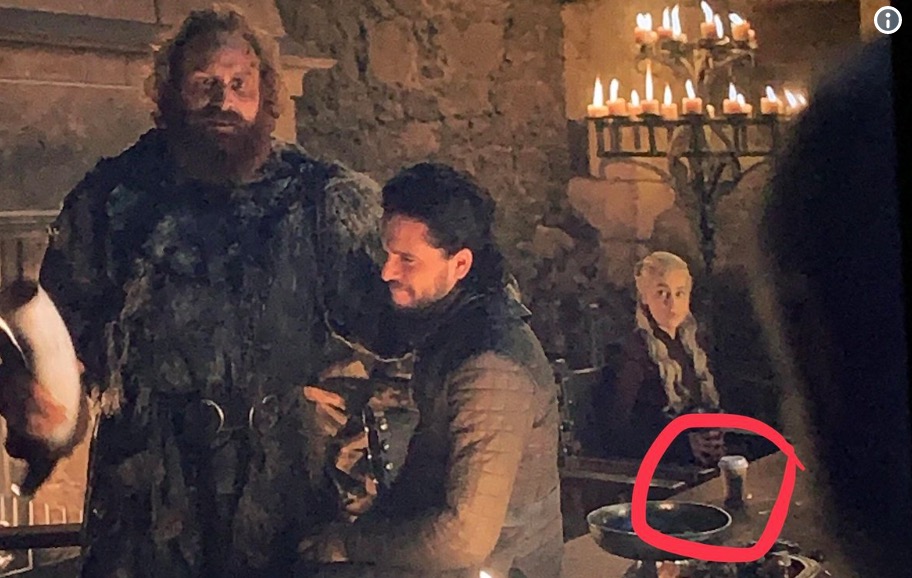 Game of Thrones has only two episodes to go, but the big conversation surrounding last night’s episode has nothing to do with the scheming or the dragons, but rather an errant coffee cup.

As you’ve no doubt heard by now, a coffee cup––which kind of looked like a Starbucks cup––was on screen for a few seconds and was somehow not spotted before the final product aired.

The social media mockery was relentless and even Starbucks itself got in on the fun:

HBO has now issued an official statement jokingly acknowledging the show’s mistake. Per The Hollywood Reporter:

In response to “inquiries from those who saw a craft services coffee cup in Sunday night’s episode,” HBO said in a statement on Monday, “The latte that appeared in the episode was a mistake. Daenerys had ordered an herbal tea.”

Well, at least it wasn’t a Bud Light.