How Much Americans Spend On Superbowl Food | Global Family Panning 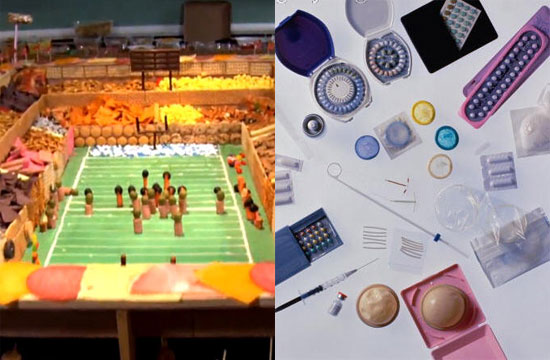 Yes, it’s about eight-ish months until the next Super Bowl, but we know the minds of Americans well enough to claim that they’re already thinking about nachos, wings, and many fine, deep-fried and alcoholic things. In fact, Americans spend nearly $1.02 billion each year on Super Bowl snacks, a sum which — oh, this is awkward and depressing — could singlehandedly solve the global need for better family planning. (Logic lesson: food babies > real babies.)

PolicyMic highlights a Population Action International survey which found that over 222 million women in the world (about half the population of the United States) don’t have access to reproductive health resources, birth control in particular. Of course, their policy solution of having every country contribute to some unnamed fund to give all the women in the world access to contraceptive resources is a bit, let’s say, optimistic:

According to Population Action International, if the United States committed its “fair share” to reach this goal, it would cost the country one billion dollars. I know what you’re thinking. That’s a whole lot of grub. Imagine all of the tacos I could buy with that? I know, I thought of that too. But when you crunch the numbers, it’s not really that much, especially if you factor in that it would cost the average taxpayer: about 3 bucks over the course of a year (which is less than one cent per day). That’s only like one and a half tacos.

Now, we’ve made a point of being apolitical at The Braiser, but we’d like to point out that it’s absurd that we prioritize really good nachos over the economic, social, and political benefits of women having agency over their families and future. But at the same time...ooh, nachos.